Alnwick Harriers would, as always, like to thank Northumberland Estates for the use of The Pastures for the 5th of the 6 race in the North East Harrier League cross country series which took place on Saturday 28th February. The stunning course with its amazing backdrop of Alnwick Castle is widely considered by many to be the best fixture in the series. Also thanks to Alnwick Gardens for use of the car parking facilities at a reduced price for those athletes taking part and the spectators. We would also like to thank Rapid Reaction for their help once again with all things first aid. Of course without the help of the committee and in particular the hard working Secretary Jim LILLICO, this event would not take place. Many thanks to all the Harriers and friends who stepped forward to help out with marshalling duties, as well as course set up and clear up. Its was another fantastic day! 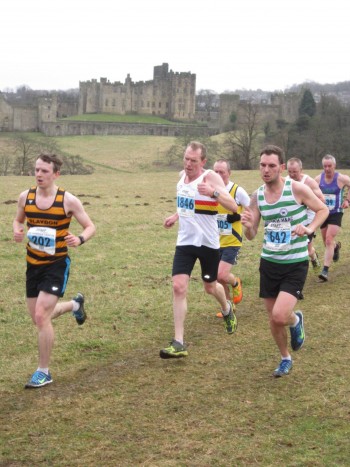 Most of the individual highlights from our point of view were courtesy of the Junior Harriers, who turned out in massive numbers at their home race. In the 1st race of the day Lauren BROWN finished a brilliant 2nd in the Girls Under 11’s race, with Mille BREESE and Ellie HENDERSON also finishing towards the top. In the Boys Under 11’s race Joseph GODDEN was 12th with Owen DOUGLAS seconds behind. Callie HENDERSON put in her usual excellent performance to finish 7th from the Fast Pack in the Girls Under 13 race, whilst a large number of Harriers boys took part in the Under 13’s race with Harrison BROWN and Max BREESE finishing well up there. There was a great 2nd place for Jenny BOLAM in the Girls Under 15’s race, whilst Rebecca REED was also 2nd in the Under 17/20 race. However the fastest time in the Girls Under 17/20 race was posted by our Suzie BARWISE-MUNRO. Her time of 17.49 included her Fast Pack handicap and saw her finish in 4th place. Well done to the Junior athletes for taking part in such large numbers! 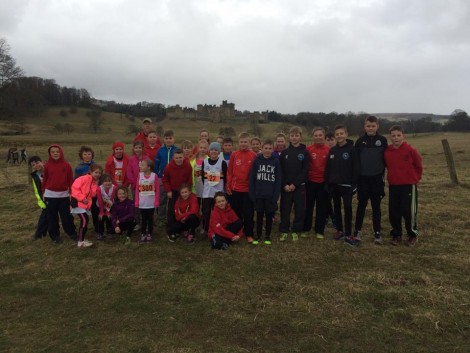 For the Seniors the mens team finished 5th of the 11 teams on the day as they battle to beat the drop from Division 2. They were led home by Graham SIMPSON who finished a brilliant 15th from the Medium Pack, a performance which will see him run from the Fast Pack for the final race of the season and the whole of next season! Next counter, in his seasonal Harrier League bow, was Graham SYERS who finished 57th from the Slow Pack. He finished just in front of Medium Packer Steve PATTERSON who was making his final appearance for us before a change of clubs. Next up were Geoff CAMPBELL and Phil HEMSLEY, followed by our last of the 6 counters Adam SPILLER. A number of Harriers were making their seasonal cross country debut including Jim LILLICO and Mike TELFER, whilst Gary COWELL and Ken HODSON took part in their first ever Harrier League fixtures. In terms of the overall standings the men are still in 8th place of the 11 teams in Division 2. Despite finishing 5th on the day both Elvet Striders and Blackhill Bounders performed better, meaning that its very tight at the bottom. We are one of 5 teams who can join the probably already doomed Saltwell Harriers in going down to the bottom division. So its all hands to the pump for the final fixture at Wrekenton in 2 weeks time! 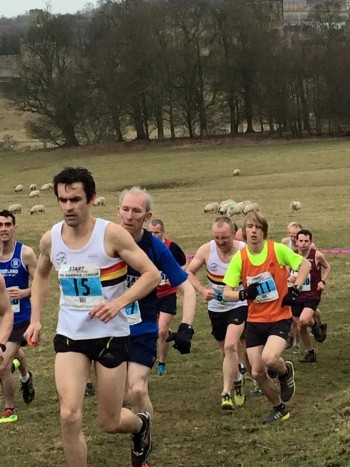 Due to a number of absences of key runners the Senior Women could only manage 5th place on the day which means our chances of promotion to Division 1 have possibly gone. We remain in 3rd place but both Morpeth Harriers and South Shields Harriers would have to fail miserably at Wrekenton to give us a sniff of promotion. 1st Harrier to finish was Team Captain Jo GASCOIGNE-OWENS. Jo finished 7th from the Fast Pack and, as always, seemed to cruise effortlessly past most of her 287 rivals! 2nd counter, remaining in the Slow Pack to her immense relief, was Lesley MILLER who finished 43rd overall. 3rd Harrier home on her debut was Claire SAPWELL. Claire is a 2nd claimer for us and therefore does not count towards the team score, though she ran well to finish inside the top 100. The 3rd and 4th counters were involved in a close battle throughout the race, as was the case at Jarrow recently. However on this occasion the tables were turned with Maureen BARTRUM pipping Ruth DOCTOR in the final few hundred metres. Well done to both for being counters! Well done to the other ladies for taking part including Sarah CROSS who was returning from injury and Christine MAVROMICHAELIS making her Harrier League debut! 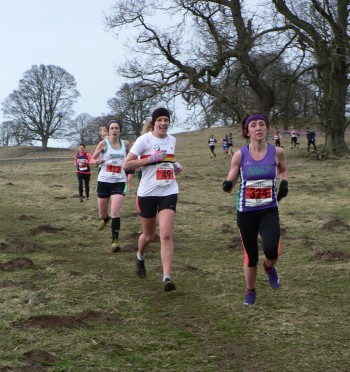 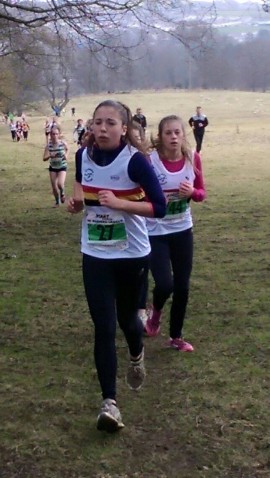 Full results from the day can be found here http://www.harrierleague.com/results/2014-15/alnwick/ and league tables are here http://www.harrierleague.com/results/2014-15/teams/. As has already been mentioned the final and very crucial fixture of the 2014/15 season is at Wrekenton on Saturday 14th February. More details will be on here soon. We hope to see loads of you there!

More photos will be located and uploaded onto our Flickr site in the next few days. 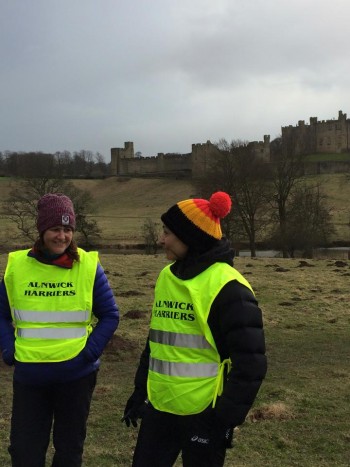