Gateshead 10 K Slog on the Tyne

1500 runners set off in waves outside the Gateshead Stadium to closed roads cheered on by the crowds. The weather was warm and sunny and the route followed the River Tyne to the swing bridge before looping back over the river past the Sage and Baltic. The route then continued along the river, uphill to the aptly named ‘slog on the Tyne’ and with the weather now becoming much hotter the only brief shade was under bridges. With the supporting cheers and encouragement of the crowd the runners continued up towards the stadium, before turning onto the track and finally over the finish line to collect goodie bags, medal and T-shirts; a bit different this year with no audience to the encouragement of the commentator. 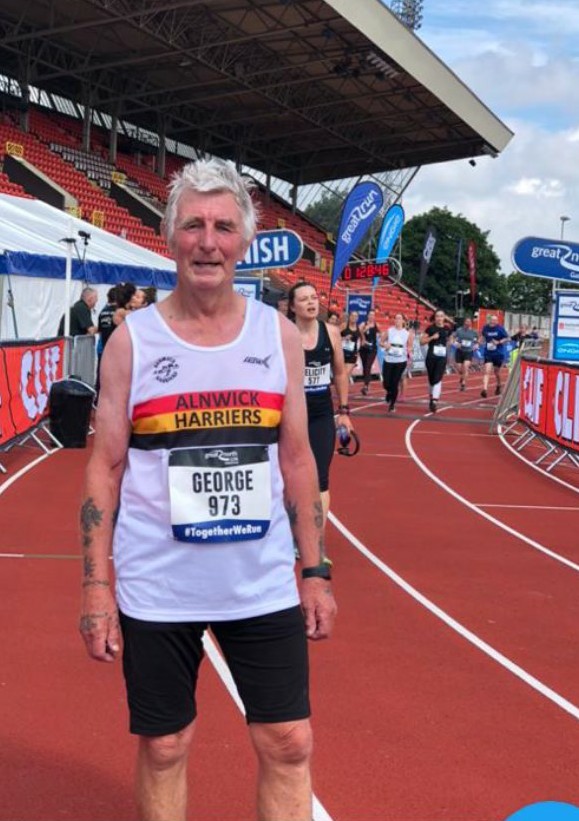