As always there was fine weather for the Les Allcorn 10k and Junior Fun Run on Tuesday 3rd May! Many thanks to the organising committee for producing another fine event, namely Tracey SAMPLE, Gareth BREESE, Vee POLLOCK and particularly Mary PLUMLEY. Mary has been in overall charge of the Les Allcorn for a number of years now and once again came up with the goods. There was a huge turnout of marshals last night, so many thanks to the Harriers who stepped forward to help, as well as their family and friends who also helped out. Thanks go to Northumberland Estates for allowing us to use the splendid Hulne Park, to Rapid Reaction for their 1st Aid which was not needed thankfully and to Lee NIXON for his photos. 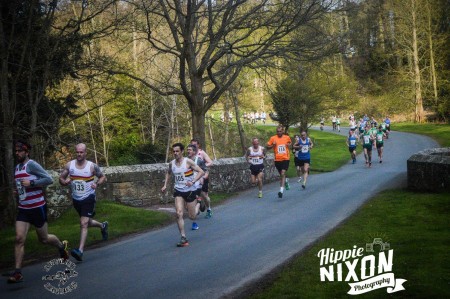 Here are the results of the Senior 10k.

For the 3rd year on the trot the winner of the Senior Mens race was a Morpeth Harrier, Sam HANCOX. Sam has finished 3rd on a couple of occasions, though on this occasion was a clear winner of the event in a splendid 32.10. For the Senior Women 1st across the line was Blyth RC’s Rachelle FALLOON in 42.33, well over 2 minutes ahead of her closest challenger! 2nd male home was Morpeths Lewis TIMMINS, whilst clubmate Mark SNOWBALL completed the clean sweep of the top 3 finishing spots. Needless to say they very easily won the male team prize! Category prizes for the men went to Elswick Harrier Stephen ROBERTSON (Male 40), Rob HANCOX of Morpeth Harriers (Male 50) and Heaton Harrier John JAMES (Male 60). Alnwick Harrier Karen KELLY was 2nd in the ladies race behind Rachelle and along with Laura STUBBINGS and Zoe ROBSON won the female team prize for the host club! 3rd place finisher was Rachael OPENSHAW of south coast club Stubbington Green, whilst the age category awards went to Claire CAVERLEY of Blyth RC (Female 35), Claire BAGNESS of Wooler RC for the 3rd year running (Female 45) and Unattached runner Sandra SHEPHERD (Female 55). 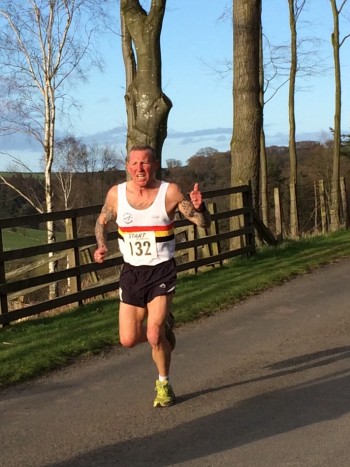 1st Harrier across the line in a big course record for him was Dan LENG. Dan finished 4th in 36.21, ahead of 15th placed Jordan ROGERSON in 39.57 and Adam SPILLER who finished 17th in 40.09. There were an number of appearances by new members including Michael CAIRNS, who finished 26th, John CUTHBERT, Paul ROBINSON and Ian McALLISTER. For the ladies Karen KELLY was 47th overall, Laura STUBBINGS was 59th and Zoe ROBSON 79th. 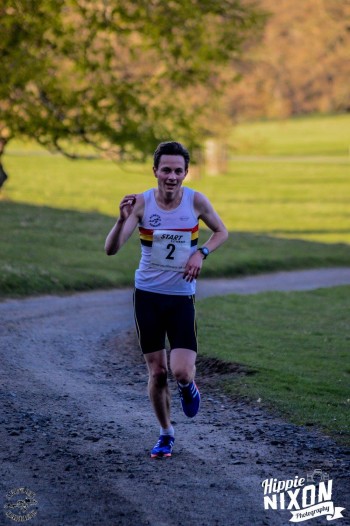 28 Harriers took part in the race and here are their times: 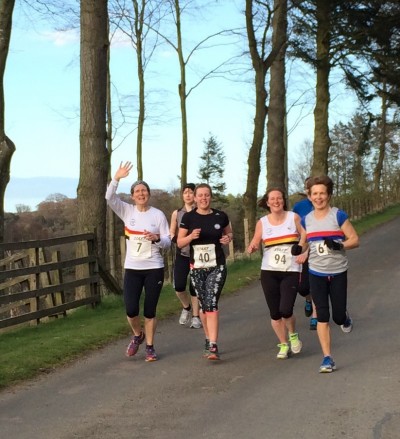 For the Juniors 81 runners took part in the 3k “Fun Run”. First home, representing Morpeth Harriers, was Daniel DIXON in 8.49. Alnwick’s Ben KELLY was 2nd home, followed by another Morpeth runner in Ross CHARLTON. Daniel and Ben won their age categories as did 5th placed Ollie TELFER (Boys U15) and the Unattached WILDE brothers Cooper (Boys U9) and Finlay (Boys U11). 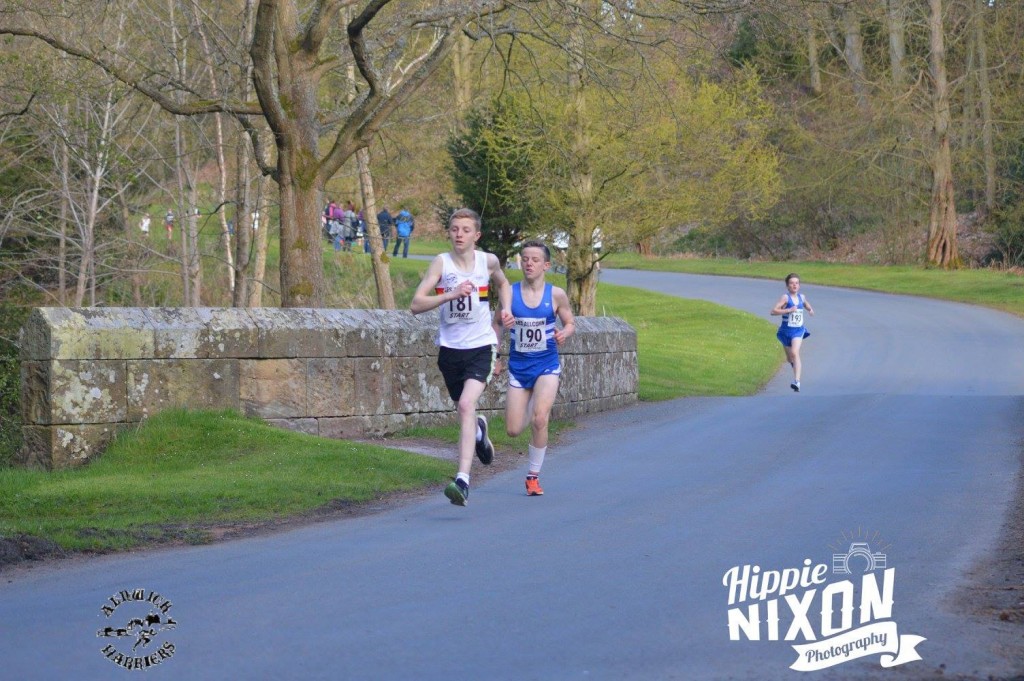 Alnwick Harriers’ Lauren BROWN was a very good winner of the girls race. Running from the Under 13 category she knocked over a minutes off last years time to clock 10.38 to finish 8th overall! Under 17’s Eve BUDDLE and Sophie ENSER were 2nd and 3rd for the host club. Lauren and Eve won their age categories, as did Hannah TAYLOR (Girls U15) and Mille BREESE (Girls U11) of Alnwick Harriers and Unattached Kate BURN (Girls U9). Well done to all the Juniors who took part! Here are the overall results. 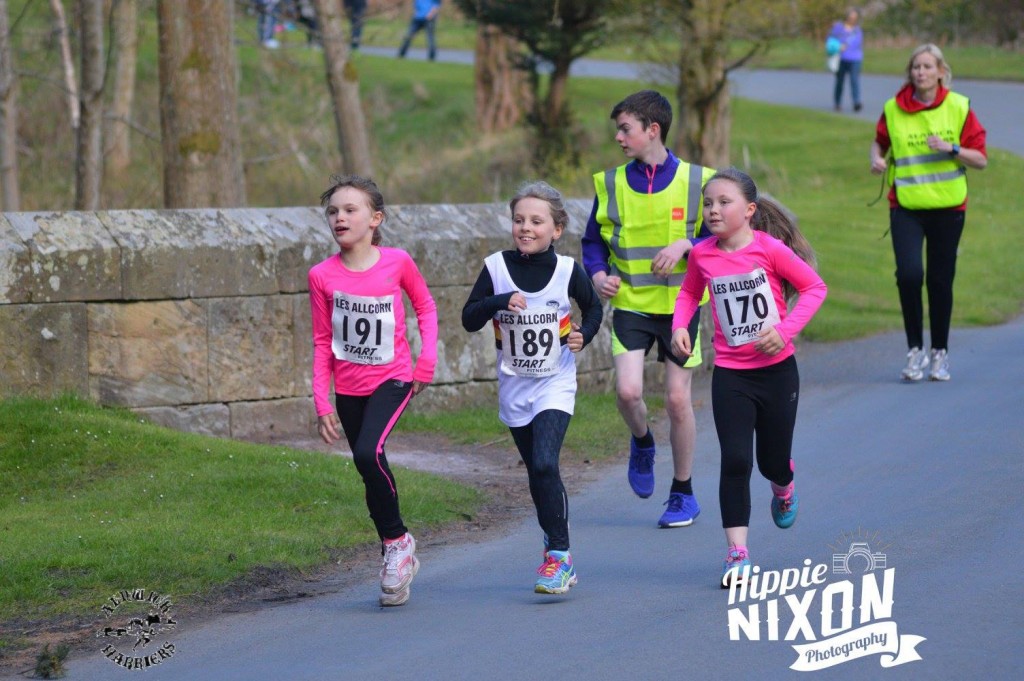 Next years Les Allcorn 10k and Junior Run are provisionally booked for Tuesday 2nd May!