The curtain has come down on another North East Harrier League season, one which was very successful for both the Senior teams. Thanks to some great performances throughout the series the Senior Women finished a brilliant 5th of the 10 teams in Division 1, despite competing against clubs with lots more members than us. Meanwhile the Senior Men have jumped back up into Division 2 after one season in the bottom league, thanks to a 2nd placed finish behind a strong Saltwell Harriers outfit. There were also some brilliant individual performances with Ella BROWN and Jo GASCOIGNE-OWENS finishing 2nd and 3rd in the overall Veteran Womens Grand Prix rankings. Graham SIMPSON and Dominic HARRIS finished well up in the Senior Mens rankings, whilst Adam FLETCHER placed well in the Veteran Mens. Meanwhile for the Juniors Lauren BROWN and Mille BREESE have performed consistently well throughout the season in the Under 11’s, whilst Callie HENDERSON was 2nd overall in the Under 15’s. 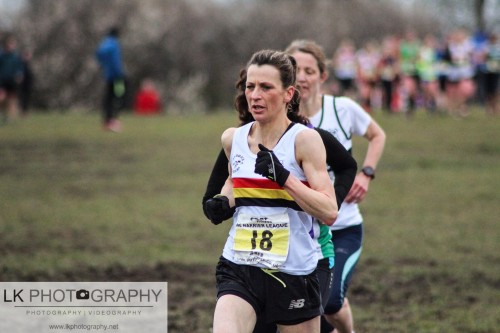 At the final event, at Wrekenton on Saturday 19th March, the day got off to a flyer as it did at Alnwick recently, thanks to Lauren BROWN bolting up in the Girls Under 11’s race. She finished well clear of the field once again and no doubt will perform well in the Under 13’s next season. Lauren has taken part in all 5 races this season and won 3, was 2nd in one and 3rd in the other. Mile BREESE also ran well once again. Elsewhere Wilf CAMPBELL was 9th in the Boys Under 15 race and Callie HENDERSON was 6th in the Under 15’s from the Fast Pack. Well done to all the Juniors who have pulled on Harriers vests throughout the season!

After the Juniors had finished the Senior Women took to the course, which was largely dry with only one or two slightly muddy sections. Running from the Fast Pack and seemingly gliding past most of the field Ella BROWN was 7th finisher. Karen KELLY was next from the Medium Pack and finished 28th, just one position away from promotion into the Fast Pack for next season! Not far behind Karen was Diana WEIGHTMAN who had a brilliant race to finish just a few seconds adrift of Karen. 4th and final counter was Tracey SAMPLE. Well done to Mairi CAMPBELL and Sue SKIRROW who were our other runners to complete the 3.75 mile course. The women were 6th on the day, thus dropped one place to finish 5th of the 10 teams in the overall standings. Well done to team captain Jo GASCOIGNE-OWENS who did a great job in getting decent teams out throughout the series. 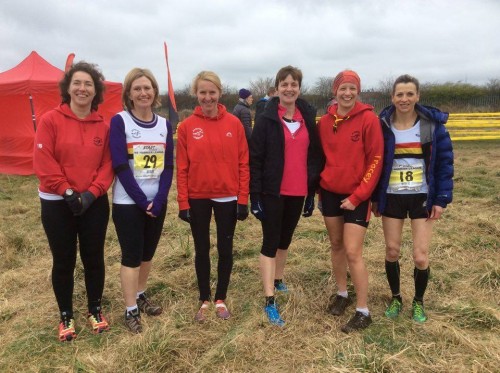 Finally the Senior Men started their 5.40 mile race and were realistically hoping for an overall 2nd place finish in the final league standings. Thanks to some good runs this is what happened, thus are now back in Division 2 for the 2016/17 season. Adam SPILLER and Dominic HARRIS, both from the Slow Pack, had a great battle which Adam won by a few seconds. 3rd counter was Medium Pack runner Ian SIMON, whilst 4th was Fast Pack runner Graham SIMPSON. With a strong run from the Slow Pack Dave HINDMARSH was 5th and Adam FLETCHER was our 6th and final counter from the Fast Pack. We finished 3rd on the day and easily maintained our 2nd place position in the overall standings. Again thanks to the team captain Micky AISTON for helping us gain promotion! 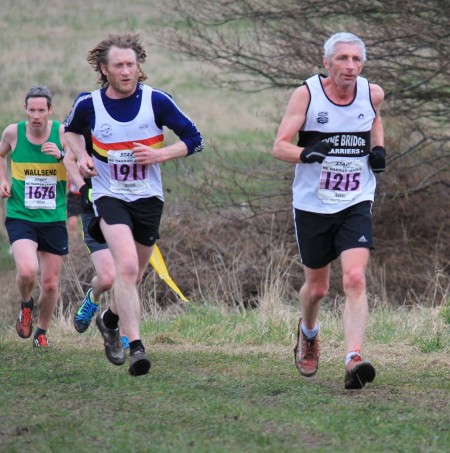 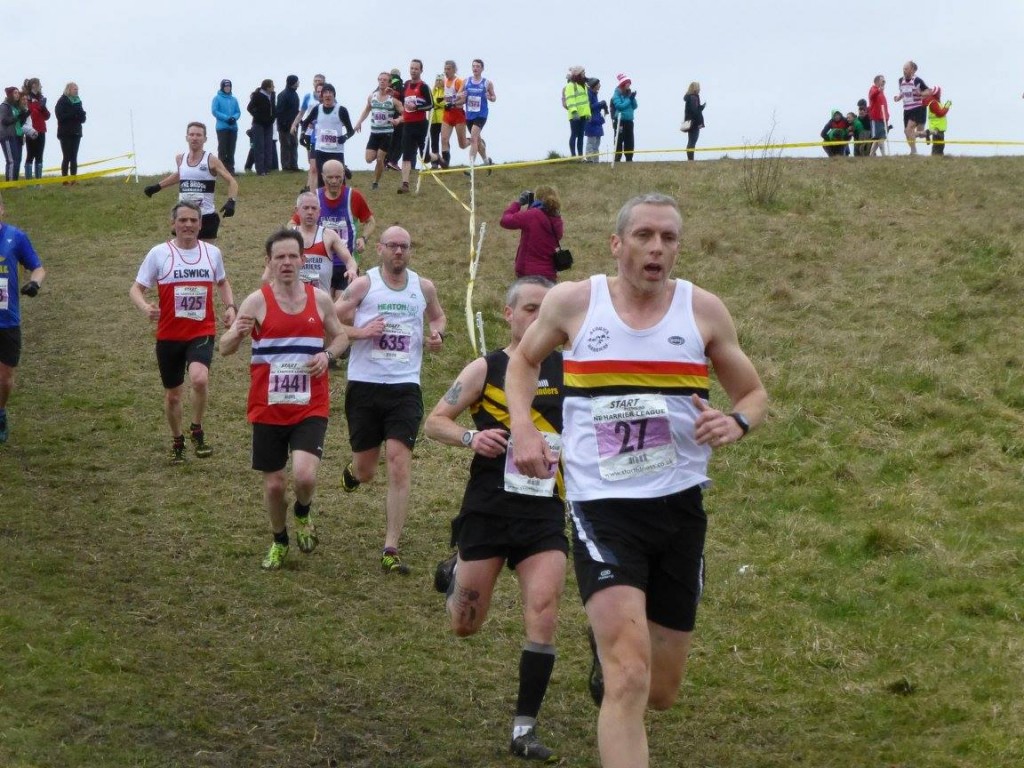 All the results from the season, league tables and Grand Prix standings are here http://www.harrierleague.com/results/2015-16/.

Photos are of Ella BROWN, the Womens team, Adam FLETCHER and Ian SIMON. Till next season!