6 Harriers, all ladies, took part in the London Marathon on Sunday 26th April and all of them performed well in wet and overcast conditions. First Harrier home was the current holder of the fastest marathon time by a female Harrier, Jo GASCOIGNE-OWENS. Jo was a brilliant 51st female in 2.56.56, her 2nd sub 3 hour marathon after going slightly quicker at Chicago last Autumn! Next home, also just outside her marathon best was Sarah SYERS, whilst 3rd Harrier Mel STEER was around 90 seconds quicker than last year! Lisa BASTON made her marathon debut and should be very pleased with her time, agonisingly just over 4 hours. Mairi CAMPBELL put in another good show, whilst Shelley COATES also made her marathon debut and performed well despite suffering from injury of late. Well done ladies!! 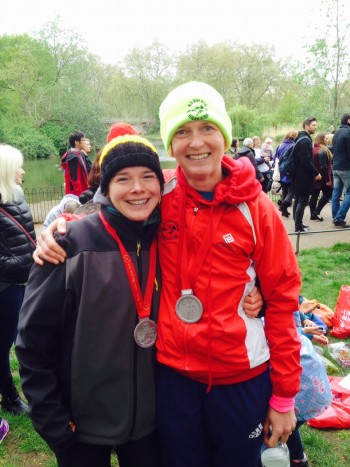 Also that morning Dean STACKHOUSE was the sole Harrier taking part in the Run Durham Hamsterley 10k. Dean secured a 15 second 10k pb finishing an impressive 7th of the 82 runners in 41.31.

The previous day there was double joy for Harriers at the Druridge Bay Parkrun, as Steve CARRAGHER and Lisa WILLIAMS were 1st male and female finishers! Steve was involved in a close battle for the second week on the trot, but this time prevailed over his nearest rival to finish 14 seconds clear. Steve’s time of 17.27 was 1 second outside his course pb, but is the fastest 5k by a Harrier so far this year. Lisa WILLIAMS was an easy winner of the ladies race finishing well over half a minute clear of her nearest rival, clocking 22.18, on her event debut! 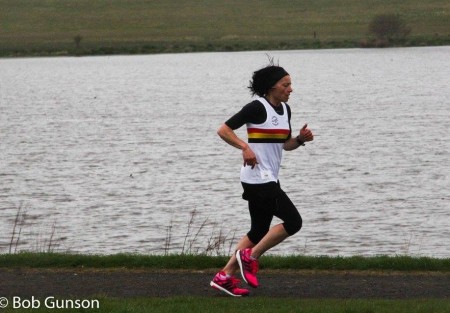 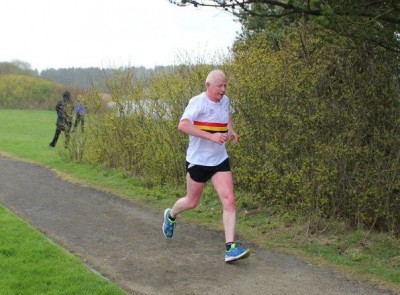 Elsewhere Gay EASTOE won the female 60 category once again at Workington, whilst Dominic HARRIS was celebrating a 5k pb at the Newcastle Parkrun! Results:

Back on Wednesday 22nd April Gay and Richard EASTOE were racing again, this time in the Keswick “Round The Houses” 10k. In an evening race held in warm conditions the pair ran together and finished in 163rd and 164th places with Gay completing in 55.17 and Richard 1 second further back. 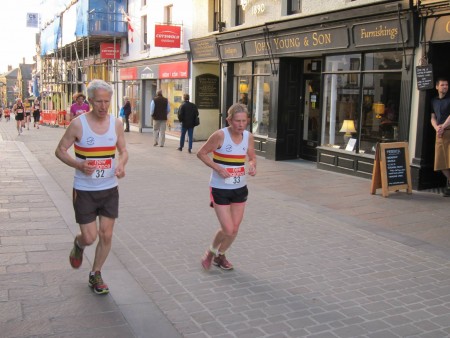