9 Harriers took part in the Druridge Bay Half Marathon on Sunday 19th April, one of the clubs 2015 Grand Prix races. This was a well organised, low key race put on by the North East Marathon Club. It was held alongside a marathon, however our contingent were more than happy to finish after 13.1 miles! The course is a two lap route, which takes in part of the parkrun course, the beach, roads and shingle tracks. As ever John ROSS will crunching the numbers and will come up with the latest standings asap! 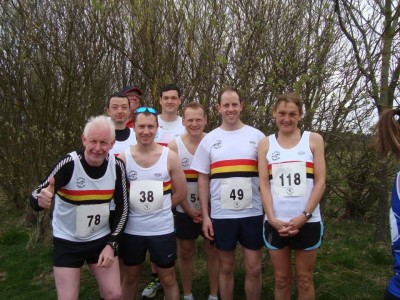 Conditions were on the whole pretty good for the race, with a favourable wind for the mile long beach section, which led to some excellent times including a number of personal bests. A Coe/Ovett duel is developing between Gary COWELL and Micky AISTON. Last week Gary outsprinted Micky at the end of the Blyth Valley 10k to beat him by 1 second, and history repeated itself in this race with Gary outsprinting Micky to beat him by 1 second! For both there were huge personal bests, with both runners finishing in the top 10 at just over 1 hour 31. 3rd Harrier home was Mark DOCTOR, not far outside his best, after he caught and passed 4th Harrier Graham CROW in the last mile. Graham was very happy with a half marathon pb. Not far behind was Dominic HARRIS who had a brilliant half marathon debut to finish in a splendid 1.38.12. Then came the only female Harrier in the race, Lesley MILLER. Its been a great season so far for Lesley with prizes galore. Today was no different as she took the female 55 category prize. Chris GRAHAM was next, followed by John ROSS. Last of the Harriers to finish in the 76 runner field was Tim SHEPHERD. Tim was quite rightly overjoyed after slicing almost 10 minutes off his pb! Well done to everyone for their efforts today. 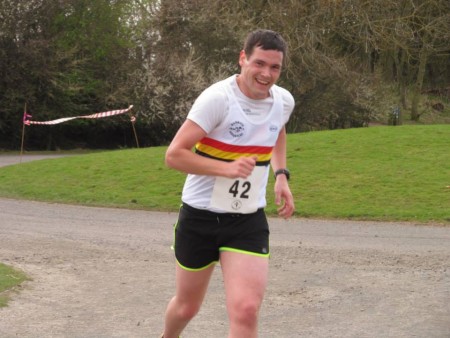 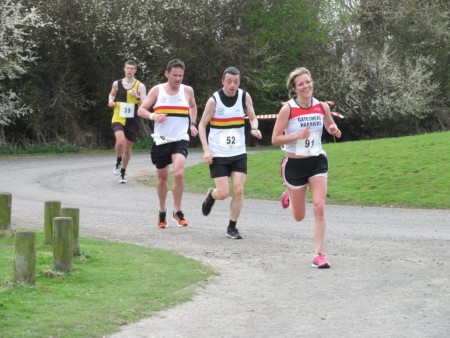 The day before 7 Harriers ventured across to the Lake District to take part in the latest of the excellent Lakeland Trails series at Hawkshead. All 7 took part in the 17k Challenge, which includes the Coffin Trail section remembered so fondly by the Harriers who took part in the 2013 club trip to the race! Dave BARTRUM was the only male to take part, finishing just inside the top 100 in 1.40.58. In-form Ruth DOCTOR was 1st of the 6 female Harriers just under 3 minutes further back and almost 7 minutes quicker than 2 years ago. Maureen BARTRUM was next, Morag DONOGHUE ran well and was comfortably under 2 hours, whilst Mary PLUMLEY, Carol DAVISON and Helen BURN were all just over 2 hours. Well done to our runners in this tough race! 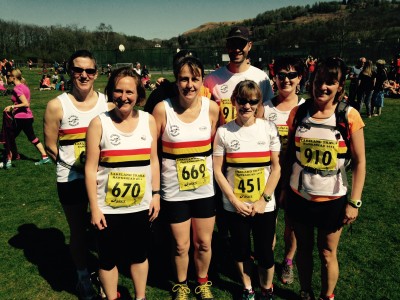 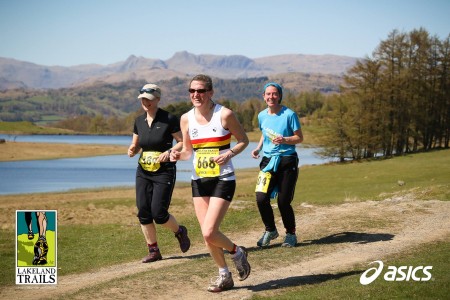 The day before there were numerous Harriers in parkrun action all over the place! The fastest on the day and the fastest 5k by a Harrier so far this year, was courtesy of Steve CARRAGHER’s 17.34 at Druridge Bay. Steve has been injured recently, so it was great to see him back running for us. Also at Druridge Bay Dean STACKHOUSE and Derek GUTHRIE ran 5k pb’s, whilst Mark HUME once again won the male 70 category. Away from the local event Peter GREY was 1st in the male 55 category at South Shields and Gay EASTOE was 1st female 60 at Workington. 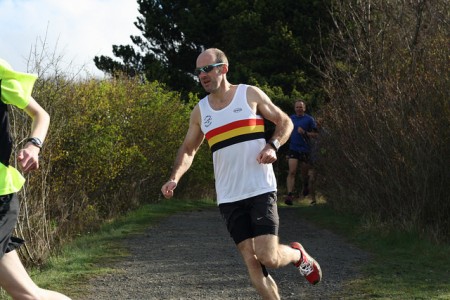 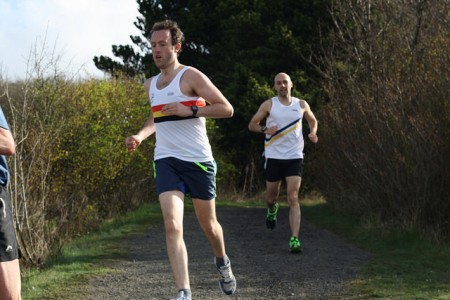 Photos of Dominic HARRIS and Gary COWELL/Micky AISTON at Druridge Bay courtesy of George ROUTLEDGE, the Harriers at Hawkshead thanks to Rachel OXLEY, Helen BURN at Hawkshead courtesy of Lakeland Trails, whilst Steve CARRAGHER and Dean STACKHOUSE are thanks to Ralph BROWN. More on our Flickr page!