20 Harriers took part in the latest of the clubs 2015 Grand Prix events, the Blyth Valley 10k on Sunday 12th April. There were some excellent performances and a couple of age category prizes, in a race where it was easier to count those who didn’t run 10k pb’s than those who did! The personal best performances were made more impressive given that the 1st 3 miles were into a headwind, though the 3 miles back into Blyth with the wind at our backs must have given a number of our contingent a quicker second half. Many thanks to our pals at Blyth Running Club for this well organised and well marshalled event, and to John ROSS who will be working out all the WAVA scores to update the Grand Prix standings! 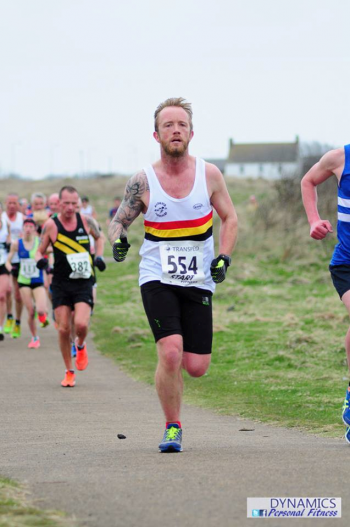 1st Harrier to complete the race and the first of the personal bests was Wayne GAIR. Wayne crossed the line in a splendid 38.15, to finish 86th of the 558 finishers. Next to complete, not in a pb time though happy with his performance nonetheless, was Graham SYERS. Graham just pipped Gary HALL in one of a number of battles between Harriers throughout the race, though the consolation for Gary was a pb. Richard JOHNSON was 4th Harrier to complete and was over the moon with his first ever sub 40 10k. Other 10k pb’s came courtesy of Gary COWELL, Micky AISTON, Graham CROW, Dean STACKHOUSE, Mark DOCTOR, Dominic HARRIS and Tim SHEPHERD, with the latter knocking off about 4 minutes from his previous best! Also well done to John ROSS who bettered last years time by about 7 minutes! 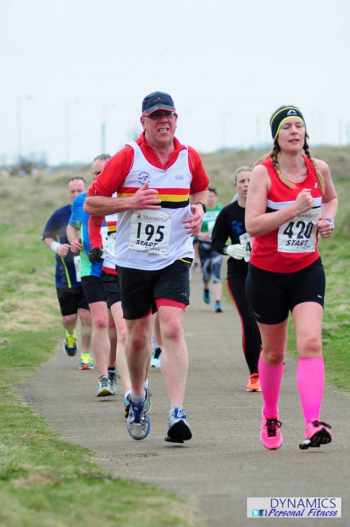 1st female Harrier to complete, and one of our prize winners on the day, was Jackie PROUSE. Jackie’s 45.38 was enough to secure the 3rd female 45 gong, with the other winner being Lesley MILLER who took 2nd in the female 55 category! Maureen BARTRUM was next home, knocking a massive chunk off her 10k pb which was set at North Tyneside last week. Just over a minute behind her was Ruth DOCTOR who has now run 5k, 10k and half marathon pb’s in 2015. 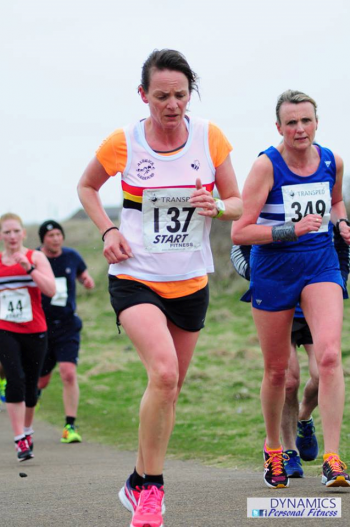 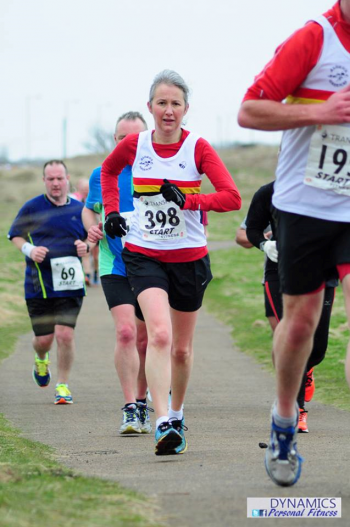 As many from the club were enjoying the delights of Blyth Dave HINDMARSH was across the Channel taking part in the Paris Marathon. Dave’s training has gone extremely well this year and that showed in his fantastic time of 3.26.59! Well done Dave!! 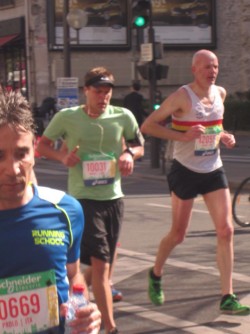 Nearer to home Adam FLETCHER was the sole Harrier taking part in the inaugural 9.5 mile Cheviot Horseshoe race. In windy and snowy conditions Adam performed extremely well to finish 4th of the 83 finishers in 1.38.31. In the process Adam finished ahead of some top quality north east fell runners!

Also that day the EASTOE’s took part in the Lancaster 3 Bridges 10k. The pair ran together and performed well, completing in 53.41. Richard was 153rd of the 282 finishers and Gay was 1 place further back.

The day before Gay was 3rd female finisher at the Workington Parkrun, winning the female 60 category in the process. Another age category winner was Mark HUME at Druridge Bay where he was 1st male 70 to finish. Results:

Back on Wednesday 8th April Mark DOCTOR was in action in the Loughrigg Fell Race at Ambleside. This is a 4 mile race with 2 miles of hard climbing to the top of Loughrigg Fell and 2 miles of fast descent finishing at Rothay Park. Mark celebrated his 2nd pb of the week, knocking off nearly a minute from his best time here in 2012, clocking 39.10 to finish 122nd of the 189 finishers. 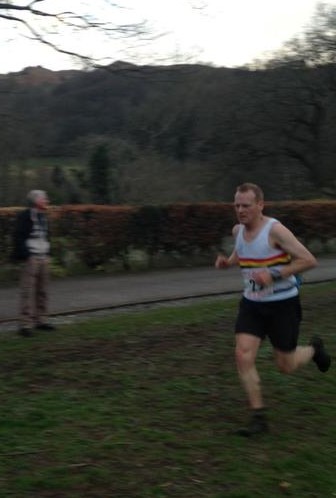