Well done to the army of Harriers who battled through the mud at the 4th of the 6 North East Harrier League fixtures at Bedewell Park, Jarrow on Saturday 31st January. Possibly spurred on by the lure of Grand Prix points there was a marked increase in the number of Seniors compared to previous races! Top team once again was the Senior Womens team who took 3rd place of the 37 in Division 2 on the day. Meanwhile the Senior Men improved on their poor showing so far this season by finishing 5th of the 11 in their division on the day. For the Juniors the highlights were top 10 finishes for Lauren BROWN and Lydia SMITH in the Girls Under 11’s race and 2nd place for Rosie MURTON in the Under 17/20 race. 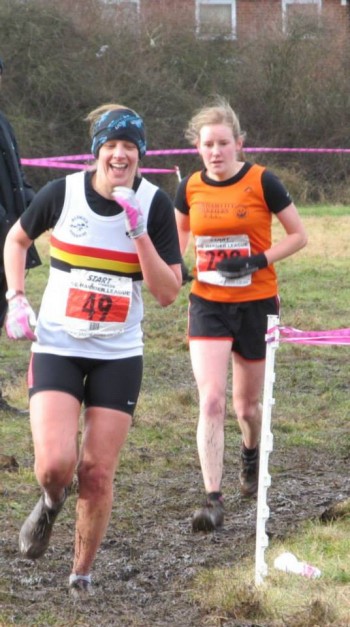 The Senior Womens race clocked in at almost exactly 4 miles, with the 1st finisher being team captain Jo GASCOIGNE-OWENS once again. Other counters were Jo’s fellow Fast Pack runner Ella BROWN, Lesley MILLER and medium packer Diana WEIGHTMAN. There were also eye catching performances by a number of the team including Ruth DOCTOR and Maureen BARTRUM. In the overall standings after 4 events we closed the gap on leaders Morpeth Harriers, though local team South Shields Harriers came out in force to win Division 2 on the day and leapfrog us into 2nd. Its very tight at the top with promotion to Division 1 remaining a possibility, particularly with our home advantage of the next fixture at The Pastures, Alnwick at the end of February. 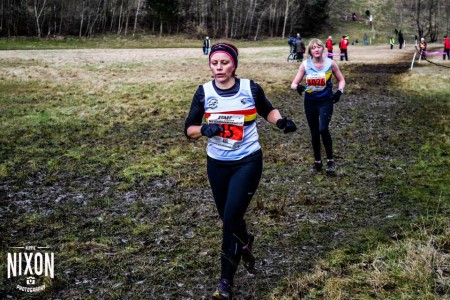 First home for the Senior Men in his seasonal cross country debut was our 2014 Athlete of the Year Phil HEMSLEY. Phil finished the 5.75 mile route 18th of the 466 finishers and is now back in the Medium Pack for the next 2 races. For much of the race 3 Harriers battled it out to be next home, with Steve PATTERSON prevailing over fellow Medium Pack runners Graham SIMPSON and Ross WILSON. It was good to see Richard AGAN running well again to finish as our 5th counter, with fairly new recruit Gary HALL finishing 6th and final counter for us. Amongst the others Adam FLETCHER put in a good shift from the Fast Pack to finish a few seconds behind Gary, Ian SIMON had a good run back from a recent injury, Graham CROW made his Harrier League debut and Jock BOLAM ran his first cross country for many a year and loved every minute of it. 5th on the day gave us easily our best showing of the season and means we have moved into 8th place of the 11 teams in the division. Again on our own turf in a few weeks time hopefully we’ll banish the fear of relegation into the bottom tier of the Harrier League. 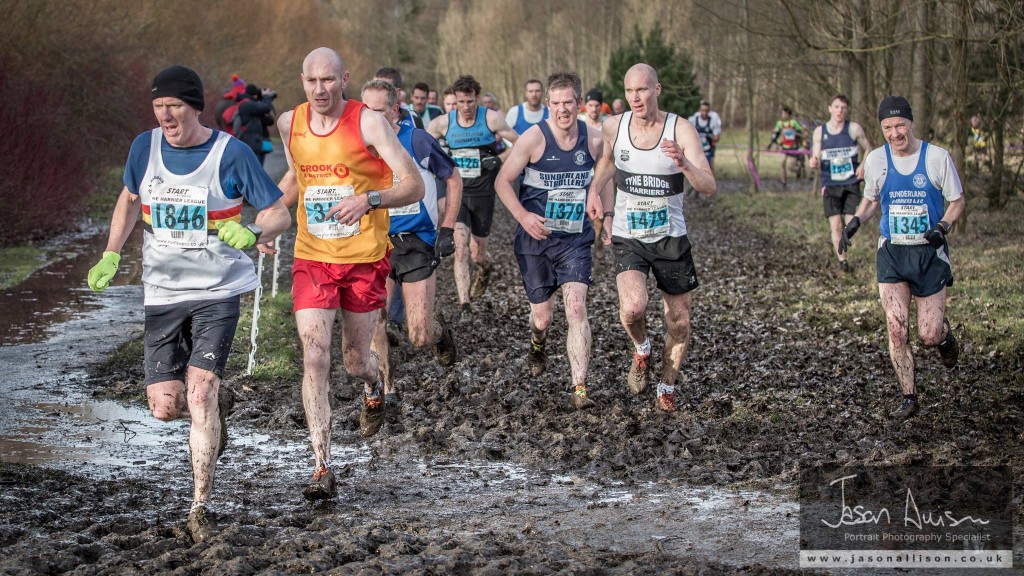 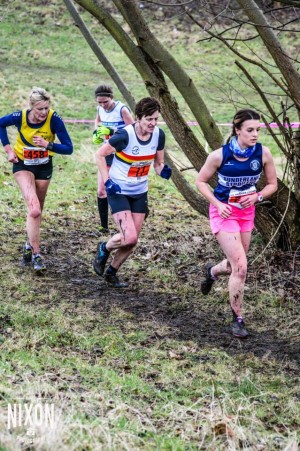 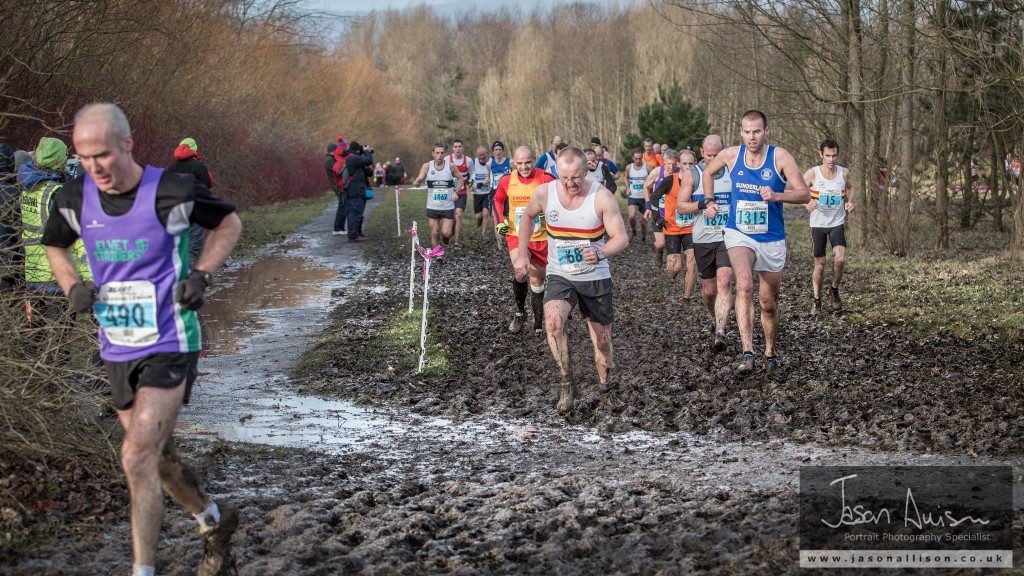 Full results from Jarrow are here http://harrierleague.com/results/2014-15/bedewell/, whilst latest team standings are here http://harrierleague.com/results/2014-15/teams/. The next fixture is our very own which is considered by us to be the best of the Harrier League fixtures out there! Its on Saturday 28th February, more details will follow. Don’t forget we need as much help to marshal on the day as possible, though Harriers are encouraged to race as well.

Earlier that morning cold, windy conditions and lots of ice underfoot meant that times were down for some of the Harriers taking part in the Druridge Bay Parkrun. Nevertheless there were still some age category wins for Mike TELFER (male 40) and Jim LILLICO (male 55), whilst Dave HINDMARSH notched a course pb. The same conditions met Peter GREY at the South Shields Parkrun and his time was his course slowest. However Peter still won the male 55 category and posted the best WAVA score at the event that day. Finally over at Workington Richard and Gay EASTOE both won their age 60 categories. Results: 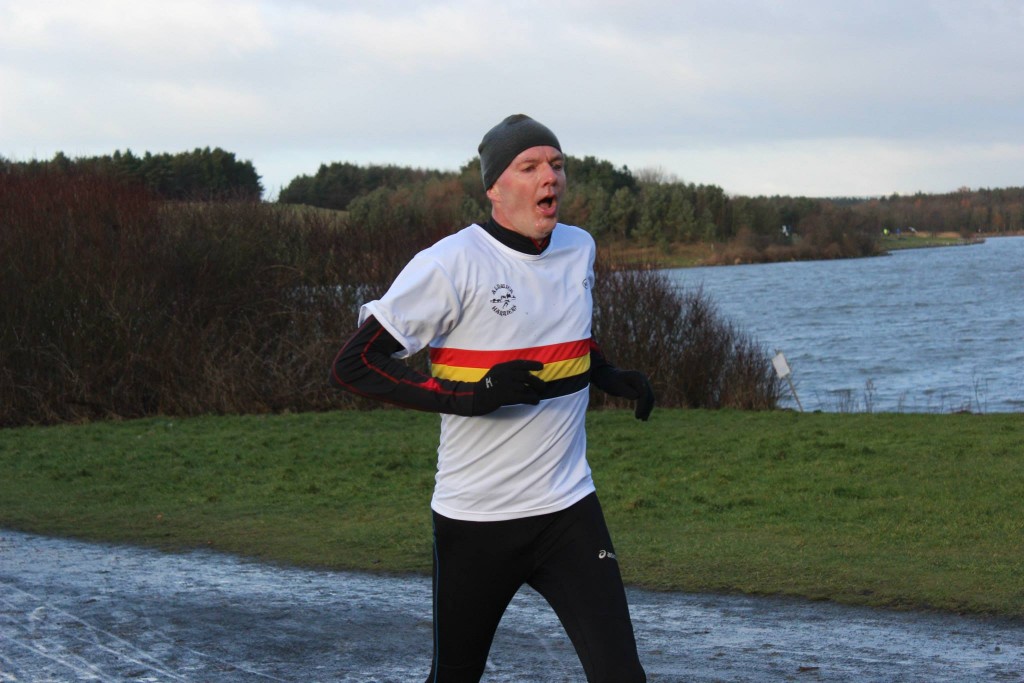 Finally the following day Gay and Richard EASTOE were in action once again in the Resolution 10k at Carlisle Racecourse. The pair ran together and finished in 53.10, with Richard 191st and Gay 192nd.

Above photos courtesy of George ROUTLEDGE (Tracey S), Lee NIXON (Sheona and Diana), Jason ALLISON (Gary and Stu M), Dig In and Bear It Photography (Adam SHAFIQ) and Dave RUNCIMAN (Dave H). Grand Prix standings, courtesy of John ROSS, will be posted on here in the next few days!