8 Harriers took part in the 4th Druridge Bay Parkrun on Saturday 30th August, with the highlight being success for Claire MILLER-GROSSETT as she won the ladies race! Claire actually struggled in the blustery conditions with her finishing time of 24.14 being well down on her recent performances, which have seen her finish as 3rd female on two occasions. However her run was good enough to see her follow up Sarah GRAY’s victory two weeks ago in the same event. Well done Claire!

For the men first finisher was Eddie LONGSTAFF in 3rd place. Again Eddie was not particularly over the moon with his time of 19.04, but it was a decent run nonetheless. There were no such wind issues for Mark DOUGLAS who knocked a massive 42 seconds off his previous best Parkrun time, finishing the 5k agonisingly just over 20 minutes. Also at Druridge Bay John ROSS was 1st in the male 55 category, Dave COATES made his Parkrun debut and Richard AGAN clocked a poor time, due to getting lost on the way! 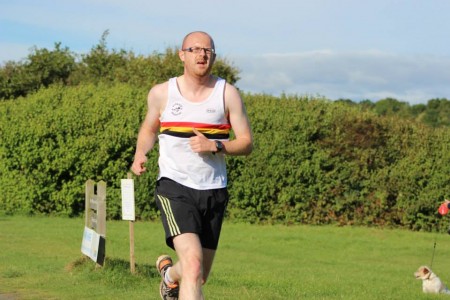 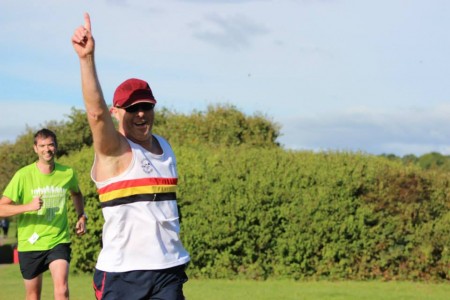 Also that morning Gay and Richard EASTOE travelled to the north of Cumbria to take part in the Carlisle Parkrun, as their usual Workington Parkrun wasn’t taking place that morning. Richard was 1st in the male 60 category, though Gay was beaten to female 60 success! Finally Phil LEE was at the Harrogate Parkrun where he finished 91st of the 308 runners. Results:

The following morning 3 Harriers travelled to take part in the Tynedale Harriers organised 10 mile Jelly Tea Race. Of the 3 Gary COWELL was first across the line. Since joining the club just over a week ago Gary has pulled on the club vest 3 times, performing well on each occasion. Good work Gary! Charlie GILLON and John ROSS also took part. Results: 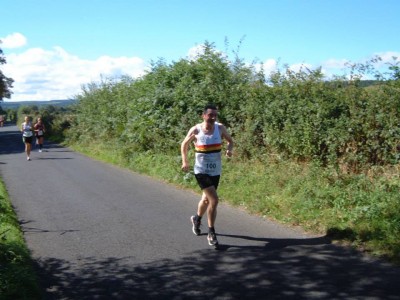 Also that day south coast based Harrier Clive KENNEDY-BURN took part in The Beast 12.5 mile race, part of the Purbeck Trail Series. Clive ran a blinder to finish 4th of 423 runners in this hard race at Corfe Castle in Dorset in 1.24.23. Clive was winner of the Veteran male trophy!

Finally back on Thursday 28th August Mark HUME raced in the Low Fell RC organised Watergate 5k. Mark has been blighted with injuries of late so well done just for making the start line! He finished the undulating 5k in 31.47.