There was a great turn out of 23 Harriers at the Blyth Links 10k on Tuesday 26th August, the latest of the 2014 Grand Prix fixtures. A fast course meant there were some great performances, excellent times and pb’s. After the race, which is a free event hosted by Blyth RC, it was off to The Quay pub for free food! 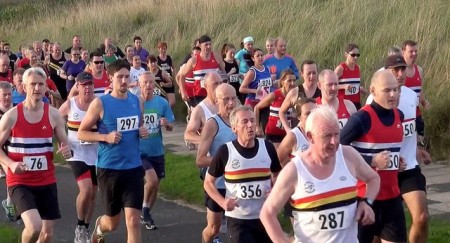 Top man for us, and current odds-on bookies favourite to take the 2014 Grand Prix title, is big Phil HEMSLEY. Phil was a brilliant 6th overall of the 267 runners in 36.39, a great time which was just outside the best 10k by a Harrier this year set by Bruce CROMBIE earlier this year. There were no prizes with it being a free race but Phil would have won the male 50 category by a mile. Next home in her first race for ages due to injury was the legend Jo GASCOIGNE-OWENS. Jo was 24th overall and 3rd female in 39.12, which is not bad considering the lack of running Jo’s been doing! Third Harrier back in a pleasing sub 40 minutes was Mark MILLER, who just finished ahead of Stuart MORRIS. Stuart’s time of 40.04 was one of a number of pb’s for Harriers on the night, with his being the biggest, about 90 seconds quicker than previously! 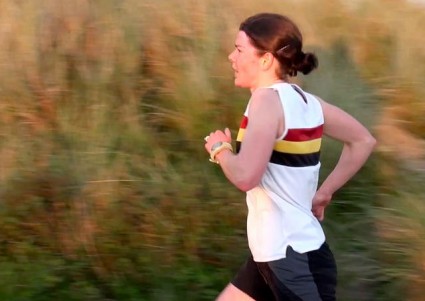 For much of the race there was an excellent battle between 5 Harriers. Graham CROW came out on top with a pb, when he outsprinted Mark DOCTOR and Gary COWELL. They in turn finished just in front of the fast finishing Sarah GRAY who just pipped Micky AISTON on the line. Mark, Sarah and Micky also recorded 10k pb’s, and Sarah was 6th female to finish. The other pb on the night was for Junior Harrier Charlotte BASTON, who also beat her dad Phil! Results: 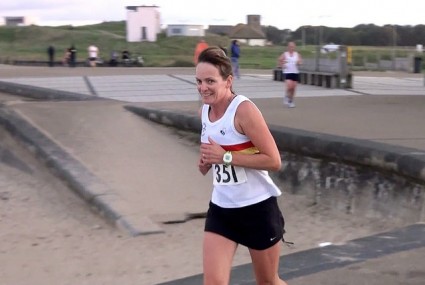 Thanks to Alan TAIT for the photos and to Blyth RC for the invite!