6 Harriers were in action on Wednesday 20th August in the Run Northumberland Ponteland 10k. This undulating race started and finished at Kirkley Hall and was blessed with still, calm conditions which meant some decent times for our contingent. First Harrier to cross the line in his first race since joining us was Andrew SHELL. Andrew has performed well at both the Druridge Bay parkrun’s and has now followed that up with an encouraging 42.45 to finish 24th. A few places back was the first of 4 female Harriers, the in-form Sarah GRAY. Following on from her superb parkrun victory on Saturday Sarah scored a seasons best, and was followed by John ROSS who is improving with every run. Gail CUTHBERT was the 2nd female Harrier home, followed by Shelley COATES who was taking a break from marathon training. Finally well done to Emily YOUNG who improved on her recent Morpeth 10k time. Results: 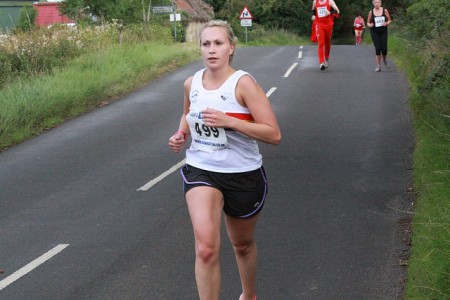 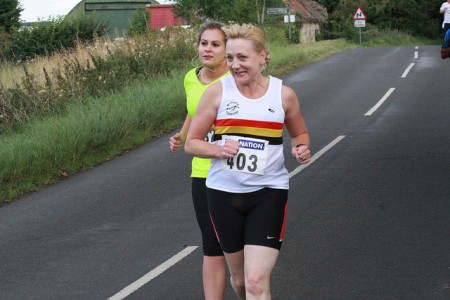 The following night 2 Harriers travelled down to Gateshead to take part in the Gateshead Harriers/Quayside Business Forum 5k. This race is about as fast and flat as you can get for a 5k, meaning that there were some ridiculously fast times for those at the head of affairs. Slightly further back Steve PATTERSON, due to being chased by a huge number of women after his phone number, stormed to a 90 second plus pb. Much further back, and being chased by nobody, Mark DOCTOR improved on his only other 5k this year by almost half a minute. Results: 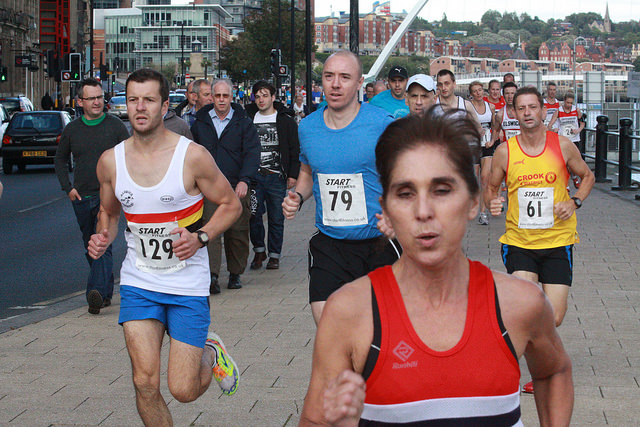