Sarah GRAY had a great day on Saturday 16th August when she became only the 2nd female Harrier to win a Parkrun, following in the very fast footsteps of Jo GASCOIGNE-OWENS. Sarah was 1st female finisher at the Druridge Bay Parkrun, finishing just over 90 seconds ahead of another Harrier Pauline AITCHISON. This was a great effort by Pauline who has been injured for much of the summer. Junior Harrier Jenny BOLAM improved on last weeks debut Parkrun to finish as 4th female, whilst Emily YOUNG notched a 1 minute 5k pb and Gail CUTHBERT made her Parkrun debut. A brilliant effort by all! Sarah then went and scored a quick fire double by finishing as 1st female at the Warkworth Show Fun Run. To top off a memorable day she won 2nd prize in the novice marmalade. Unbelievable stuff. 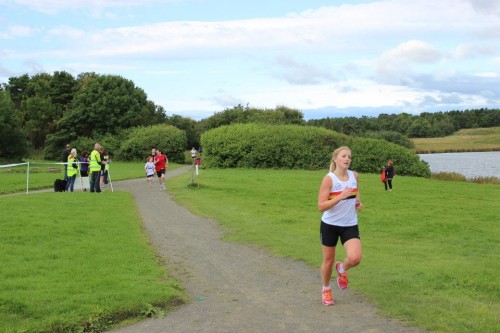 For the men Mark MILLER improved on his Druridge Bay performance from last week by finishing 3rd of the 71 runners in 19.18, a 4 second improvement. Terry FOUNTAIN was the male 45 category winner finishing an excellent 7th, whilst Mike HENRY put in another good run to score the highest WAVA score by a Harrier on the day. 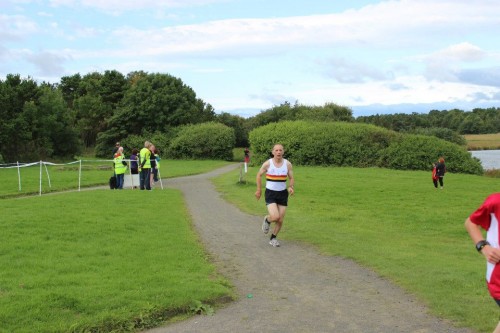 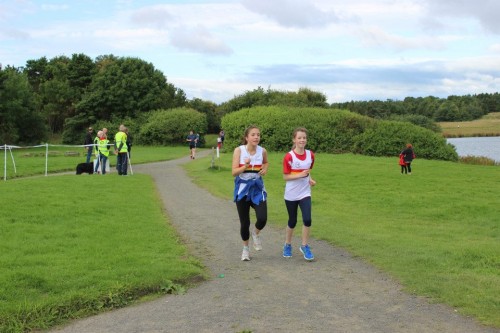 Away from our local event Gay EASTOE was an age category winner once again at Workington. Gay won the female 60 category in 24.44, the same time as husband Richard. Nearer to home Micky AISTON got ready for a wedding by taking part in and finishing 7th in the hard Gibside Parkrun. Results:

On the same day 2 Harriers took part in the Gateshead Trail 10k. It was a great day for Chris GRAHAM as he smashed his previous best 10k. Chris was hoping to get under 45 minutes for the first time, but was over the moon with his 43.28! Dave COATES also took part and performed well. Results: 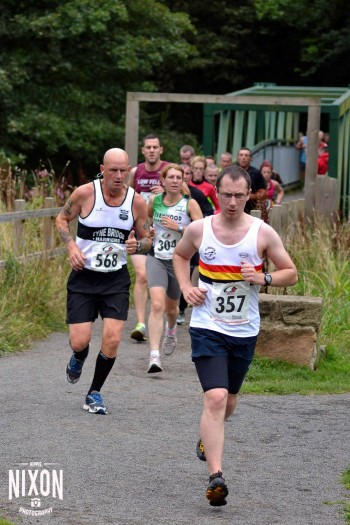 Back on Wednesday 13th August Gay and Richard EASTOE were once again racing, this time in the Ulverston Summer 10k. The pair ran together finishing 192nd and 193rd with Richard getting the nod, both in 54.04. This finishing time was almost 2 minutes quicker than the pair ran in 2012.