The Druridge Bay Parkrun got off to a superb start on Saturday 9th August when 203 runners lined up for the 2 laps around Ladyburn Lake. A number of Harriers have helped to set this weekly event up, one which has received nothing but praise from the runners who travelled from far and wide to take part. Held in kind conditions Wayne GAIR was first Harrier across the line in an excellent 6th place. Next to finish, the first of 3 age category winners for us, was Peter GREY. Peter’s 19.18 won him the male 55 category and also sees him hold the record for the best WAVA score in Druridge Bay Parkrun history!! 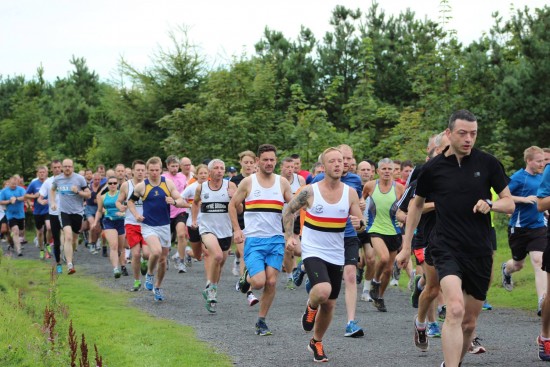 For the ladies an ecstatic Tracey SAMPLE not only won the female 40 category but was 2nd female across the line. Next lady to finish in her first Harriers appearance for quite a while was Louise CALLAGHAN, who’s time won her the female 50 category. 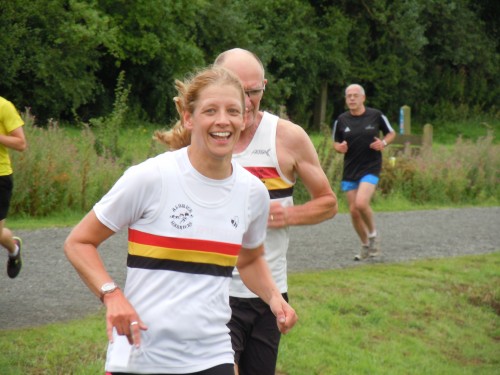 There were Parkrun debut’s for Junior Harrier Jenny BOLAM and Ruary SLATER, Terry FOUNTAIN was taking part in his first race as a Harrier and Micky AISTON was taking part in his first of 2 races that day. Well done to Conrad STEWART who followed up Tuesday’s 10k pb at Morpeth with a 5k pb here, and bad luck to Cris ATWELL who missed the start thus giving everyone else a 90 second head start! 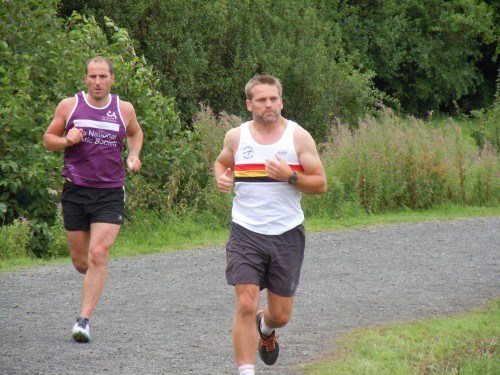 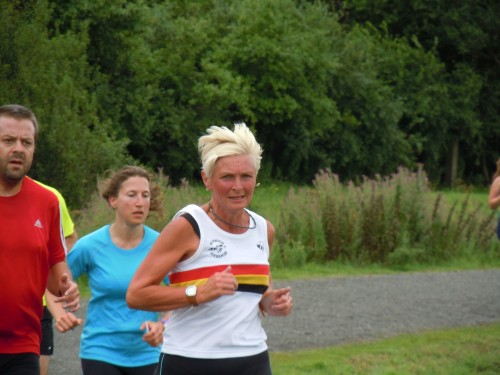 Elsewhere in the world of Parkrun Lisa WILLIAMS was in action at Newcastle where she performed very well, winning the female 40 category! Lisa was 88th of the 402 runners in 22.42 (69.31%). 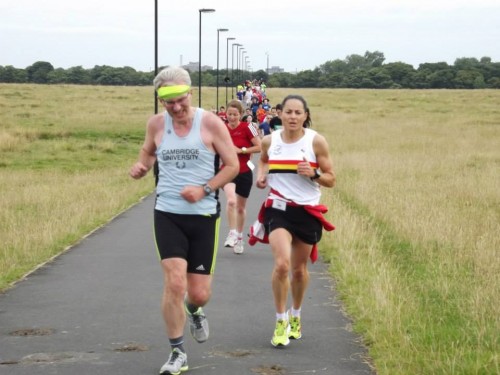 Away from the Parkrun’s there was success for Harriers at the Glanton Show Hill Race. 5 Harriers took part in the approximately 3 mile race, with 3 of them taking home prizes. Bruce CROMBIE finished in 2nd place once again, Dan LENG’s 4th placed finish won him the 1st local trophy and Sarah GRAY was 1st female finisher in a course record! Results:

Later that day 2 Harriers bravely ventured north of the border to take part in the undulating Haddington Half Marathon. Results:

The following day 3 Harriers were up bright and early to travel down to compete in the Darlington 10k. A race billed as fast and flat helped Stu CARTER to his best 10k for some time, whilst Mark DOCTOR notched another 10k pb by knocking 12 seconds off his time set at the Clive Cookson 10k earlier in the Summer. Well done to John ROSS who was taking part in his 3rd race in under a week! Results: 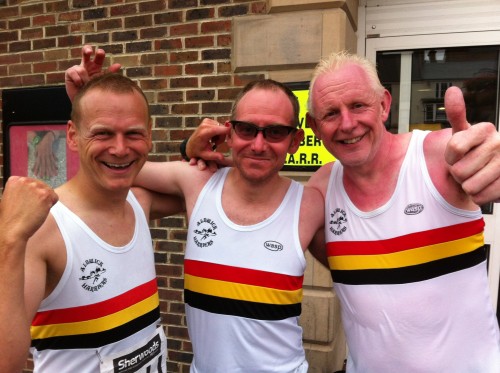 Results from the Workington Parkrun and Glanton Show Hill Race to follow…….

Above photos courtesy of Lisa ATHEY and Dave RUNCIMAN (Druridge Bay) and Mick DURNION (Newcastle). More photos from the inaugural Druridge Bay Parkrun are on our Flickr site, which is accessible via the icon on the right hand side of this website.