Well done to Adam SPILLER for organising yet another superb Blyth/Wooler Blind Handicap Social event! The annual event took place on Wednesday 23rd July in Hulne Park, with each of the groups running a lovely 4.7 ish mile route. 20 teams took part, the majority with 3 runners though some had 2 or 4, with each group trying to finish the course as close as possible to their predicted time without the aid of a Garmin! Prizes were on offer for the fastest team, for the teams nearest to their predicted time and to the team furthest from their predicted time.

This year there were some excellent results with a few teams just seconds outside their predicted times. The winners of a big bag of Buttons each were the Alnwick trio of Gaynor AYRE, Rachel McCoy and Brett SLATER, due to being a mere 12 seconds outside their predicted time of 52 minutes! Next came the mixed trio of Harry PORTEOUS (Wooler), Iain SINGER (Blyth) and Laura STUBBINGS (Alnwick) who were 23 seconds out. Third place went to the speedy duo of Alnwick’s Eddie LONGSTAFF and Blyth’s Sam DODD, 27 seconds out. Fourth were the Alnwick threesome of Lisa BASTON, Kim BRONZE and Chris GRAHAM, 33 seconds out. It was chocolate bars all round for these teams. 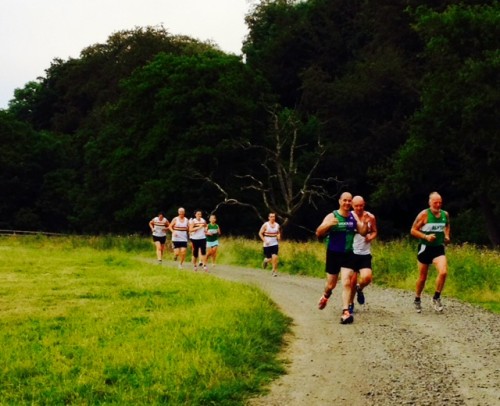 The award for the fastest pair went predictably to Eddie LONGSTAFF and Sam DODD who breezed round the course in 32.33. They celebrated the win by being presented with lashings of Ginger Beer! However the biggie, the one that everyone wants, is Adam SPILLER’s glorious wooden spoons. The lucky recipients of this prize was Alnwick’s Micky AISTON, Wooler’s Nick JOHNSON and Julie LEMIN of Blyth. The three ran badly and were just over 2 minutes outside their predicted time, so well done to them! A special mention should go to Alnwick’s Rachel BOWYER and Paul DELLBRIDGE who were over 11 minutes slower than their predicted time! Sadly due to being in a team of 2 they weren’t eligible for a prize. 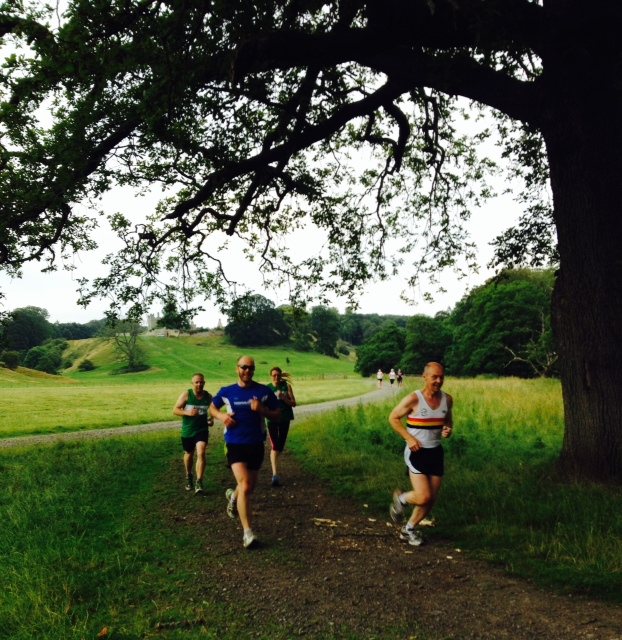 After the running was over it was off to The Oaks for sandwiches, chips and alcohol. Many thanks to the runners from Blyth and Wooler for coming all the way for this event. We look forward to seeing you again at the Blyth Links 10k in August and the return Social at Wooler in September (tbc). Thanks also to the Harriers who helped Adam tonight with timekeeping and marshalling duties. 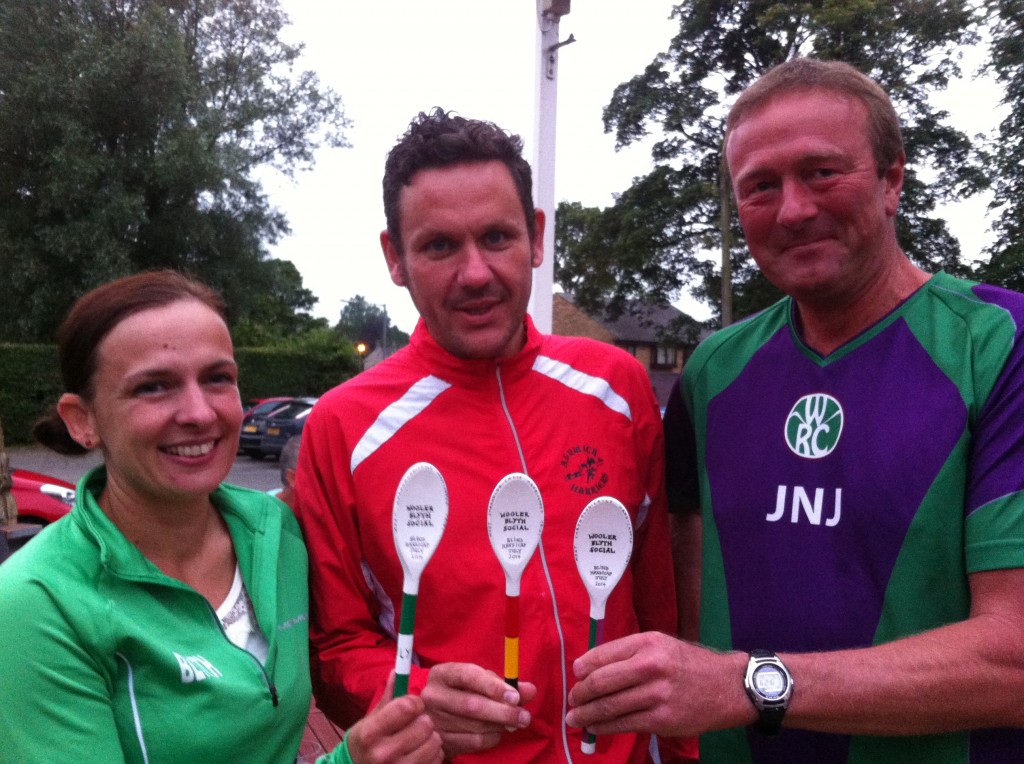