5 Harriers took part in the very popular blast along the Quayside in Newcastle, the Bridges of the Tyne 5 mile Road Race organised by Tyne Bridge Harriers. In perfect conditions Dave HINDMARSH was the first of the quintet to finish the fast and flat course on Tuesday 8th July. Phil BASTON was not far behind, with daughter Charlotte just 1 second behind him. Shelley COATES and John ROSS also took part for us. 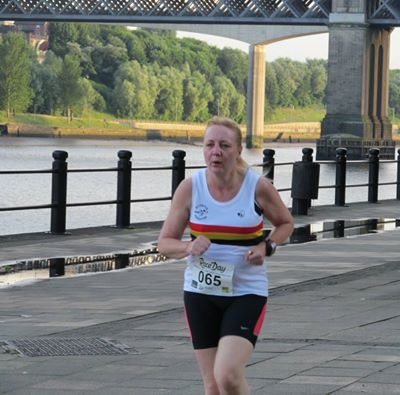 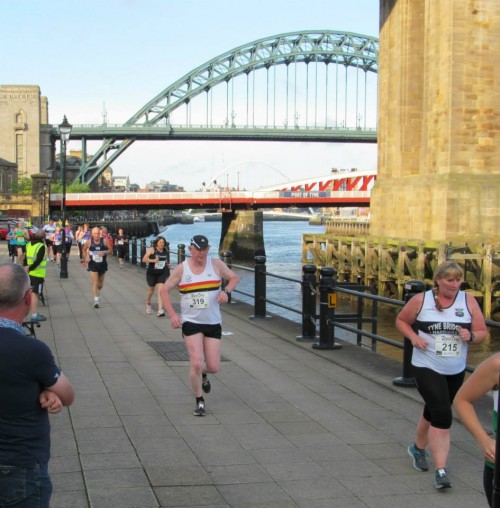 The following night Gay and Richard EASTOE were racing once again, this time in the Kendal AC organised Endmoor 10k. The pair ran together in this hilly race, finishing 80th and 81st in 59.39, with Gay just in front of Richard.

On Thursday 10th July Sunday’s Chevy Chase hero and the new heartthrob of north east fell running, Bruce CROMBIE, was back in action. Despite the tough 20 miler a few days before Bruce performed well again in this 5.75 mile race with 1500 feet of ascent. He was a very close 2nd in 52.13, missing out by a nose just 3 seconds behind the winner.

Also that night Mark DOCTOR and Mark HUME took part in the Low Fell RC organised Angel View Run. This is traditionally an undulating 5 mile race on fields, road, bridleway and rough track, however this year it was longer at just under 6 miles. Results: 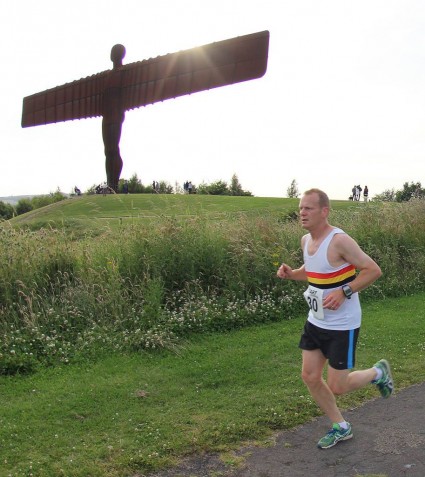