Many thanks to the 15 Harriers who turned out for the final Relay of the season, the Claremont Road Runners organised Weetslade Relays on Wednesday 25th June. Particular thanks go to Lisa WILLIAMS, Sue BOLAM, Tracey SAMPLE and Denise DRUMMOND who competed despite taking part in a triathlon in Austria just a few days before. That’s loyalty! Also well done to the likes of Adam FLETCHER, Graham SIMPSON and Steve PATTERSON for travelling such long distances to run 2.5 miles on a school night! 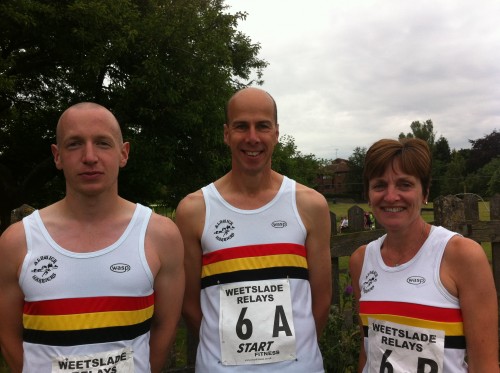 The course used was a far cry from the flat ones seen at the Good Friday and Gordon Smith Relays earlier in the season. It was a good mixture of grass, track and road, with a big hill, or “mountain” as John HORSLEY referred to it, thrown in. Fastest Harrier over the course was A team member Phil HEMSLEY, completing the 2.5 miles in 14.01. Graham SIMPSON also ran very well for the A team clocking 14.11, whilst B team anchor leg runner Adam FLETCHER finished in 14.17. For the ladies C teamer Lisa WILLIAMS was quickest in 17.36, followed by B team runner Tracey SAMPLE and A team middle leg runner Diana WEIGHTMAN. The A team finished 16th of the 73 teams, whilst the rest finished not too far behind. 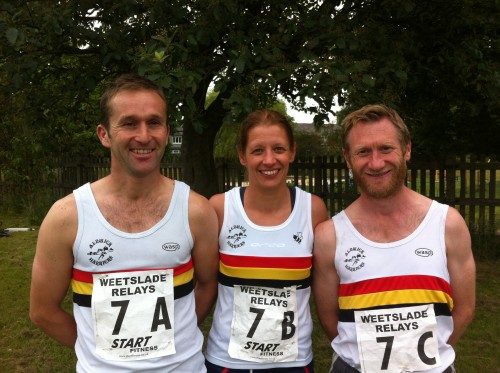 Well done to everyone for taking part in the 3 Relays this year. This was the first time in a long time the club has actively targeted these events which proved to be a hit. We certainly hope to take part in these next year, however it won’t be long until those other superb team events start, the Harrier League cross countries! 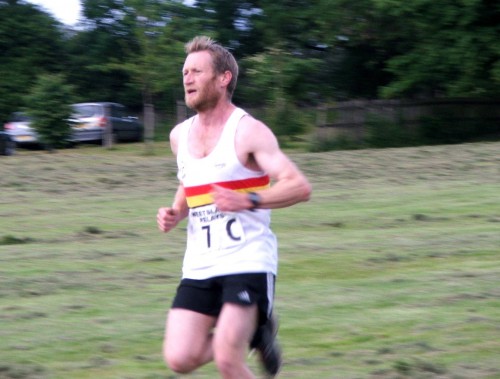 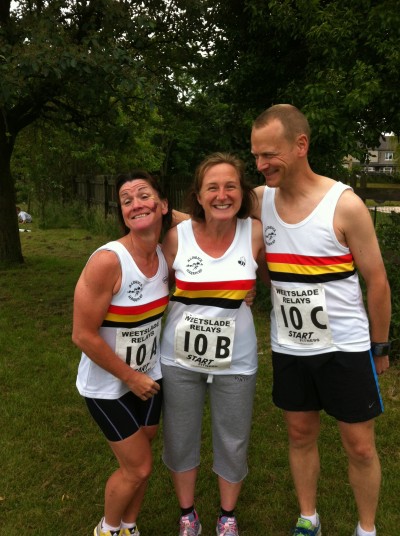 Also that night and not too far away Graham SYERS was in action at the Run Northumberland Kirkley 10k. Graham was an excellent 8th of the 70+ runners in 39.49.