An excellent 14 Harriers turned out for the Run Northumberland Bamburgh 10k on Sunday 15th June. First Harrier home in 13th place was Adam FLETCHER in just over 37 minutes. He was followed by Steve PATTERSON, one of a number of Harriers who secured 10k pb’s today, knocking off 30 seconds from his previous best time at the Clive Cookson 10k a few weeks back. Jim LILLICO was next across the line, his time securing the male 55 category win! Well done also to Cris ATWELL who improved on recent 10k’s, Lee BOWYER for a pb and Mark HUME who was over 2 minutes quicker than in the 2013 race. 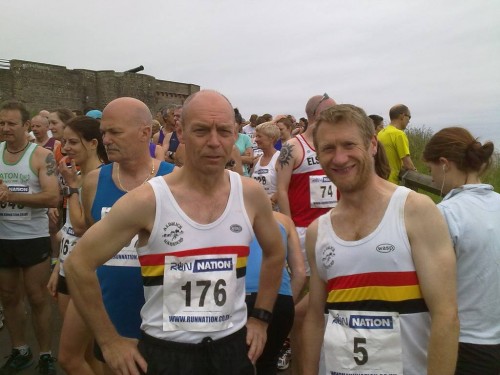 For the women first Harrier to complete was Kim REDPATH. She was followed by Alex REED and Ruth DOCTOR, who had had a good battle throughout. For Ruth it was a 10k pb and a first 10k under 50 minutes. Thanks to a Graham SYERS marathon training plan she has secured 5k, 10k and Blaydon Race pb’s in recent weeks! Another happy Harrier was Shelley COATES who just keeps knocking chunks off her pb’s this year. Shelley beat her previous best, which was at Blyth in the spring, by 11 seconds! 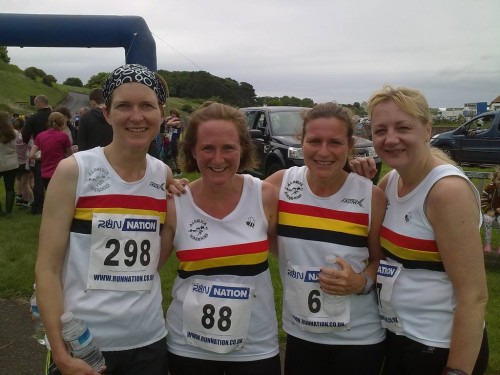 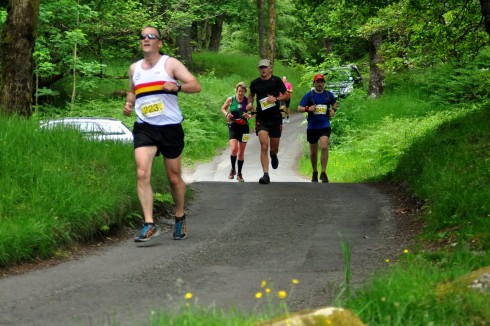 5 Harriers were in parkrun action on Saturday 14th June, all performing well with some age category wins and personal best performances. At the hard Gibside Parkrun Phil BASTON was an excellent 7th of the 39 runners, winning the male 45 category for the first time whilst daughter Charlotte was 2nd female in 11th place. At Workington Gay and Richard EASTOE won the age 60 categories as they do most weeks, both securing parkrun pb’s in the process. Gay is nudging towards an 80% WAVA score, brilliant effort! Finally the fastest parkrun of the weekend was courtesy of Mark MILLER at Newcastle, where he finished a very good 11th. Results:

Above photos by Micky AISTON and Kim BRONZE.