There were a number of superb performances by Harriers at various parkrun’s on Saturday 31st May. The day was packed full of pb’s, age category wins and quick times, but we’ll start at Newcastle where Ian SIMON ran the fastest parkrun by a Harrier on the day, bolting up in 6th place to win the male 40 category and gaining a parkrun pb. Also on the Town Moor Jim LILLICO won the male 55 age group, Tracey SAMPLE the female 40, whilst the fast improving Micky AISTON knocked over a minute off his previous 5k best and Phil BASTON went so close to securing a new pb, only to match his previous best time! 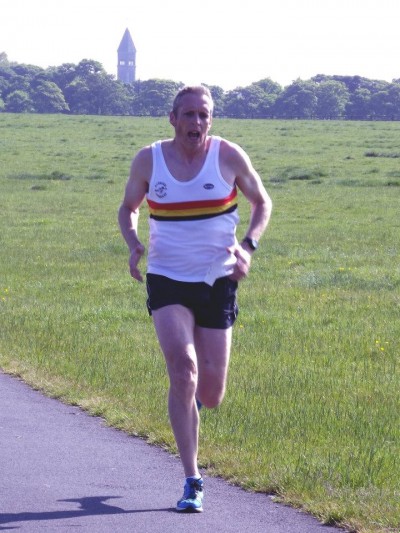 Elsewhere Dave HINDMARSH put in a scintillating run at the South Shields parkrun, knocking almost 30 seconds off his previous parkrun best. Mike HENRY was first in the male 60 category at Keswick, whilst Gay and Richard EASTOE both won the 60 categories at Workington yet again. Down south Ruth DOCTOR ran a 5k pb at St Albans after knocking 2 seconds off her previous best set back in 2011 and Stu MORRIS made his parkrun debut at Durham, posting a decent time. Well done to everyone, an excellent day! 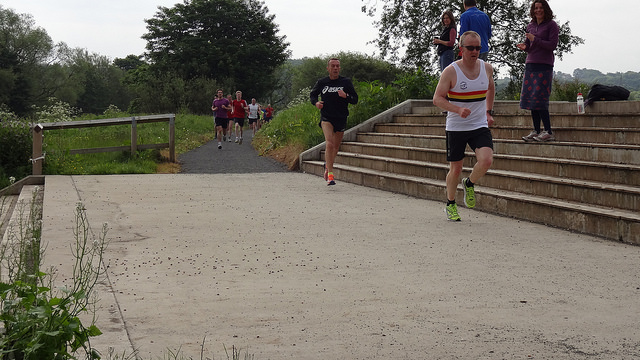 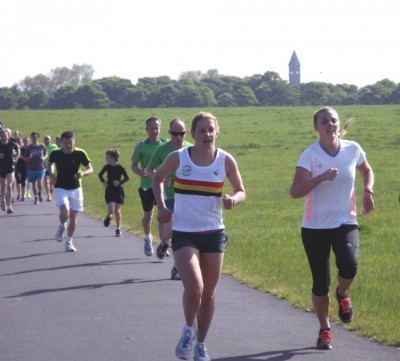 Also that day Dave COATES ventured over to the Lakes to start another season of trail running in the first of the 2014 Lakeland Trail Races, the 17k Kentmere Trail Race. Dave finished 148th in 1.56.38. 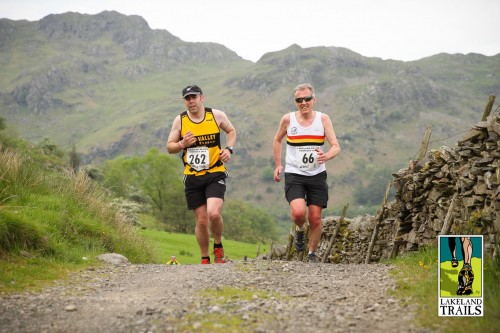 Finally for Saturday Phil HEMSLEY was racing in the Ben Ledi Hill Race. The approximately 10k race is held near Callandar in Stirlingshire and by all accounts is a very hard race, taking in the summit of Ben Ledi (879 metres). Phil finished 13th of the 39 runners in 1.15.55.

The following day Bruce CROMBIE continued his Chevy Chase training by taking part in the Norham RC organised Yetholm Hill Race. Bruce recently won the Hedgehope Hellraiser Fell Race and continues to show what great form he’s in by finishing 2nd in this race. He completed the 12.8k race which takes in about 750 metres of ascent in 1.15.57. Adam FLETCHER was not too far behind, again having an excellent run to finishing 7th in 1.19.33.

Back on Wednesday 28th May Gay and Richard EASTOE took part in the Levens 10k, organised by Kendal AC. Gay was once again the winner of the female 60 category by finishing 111th in 55.11. Richard was one place further back in 55.12.

Also that night 2 Harriers were in action in the PB Fitness RC organised George Ogle Memorial Race at Swalwell. The race is billed as a 6 mile multi terrain race, but actually clocks in at 5.75 miles. Parts of the course are very flat, whilst bits of it are through fields and up muddy hills, therefore there’s something for everyone. Mark DOCTOR put in a pleasing performance in knocking about 90 seconds off last years time, whilst John ROSS continued his comeback from injury. Mark was 64th of the 169 runners in 41.45, whilst John was 152nd in 54.30.