It was a happy 60th birthday for Cumbria Harrier Richard EASTOE on Saturday 17th May! He celebrated it in style by taking part in the Workington Parkrun, along with wife Gay, and winning the male 60 age category! Richard ran a Parkrun pb as did Gay who also won the female 60 category. The EASTOE’s are aiming to take part in 60 races in their 60th year. Gay is already well into her 60th year and has taken part in 30 races so far! A superb achievement.

The following day, no doubt inspired by Mark DOCTOR’s recent heroics on the track, Dave HINDMARSH took part in the North East Counties Athletic Association 5000m track race at Gateshead Stadium. Dave was 11th of the 14 finishers in 20.20. 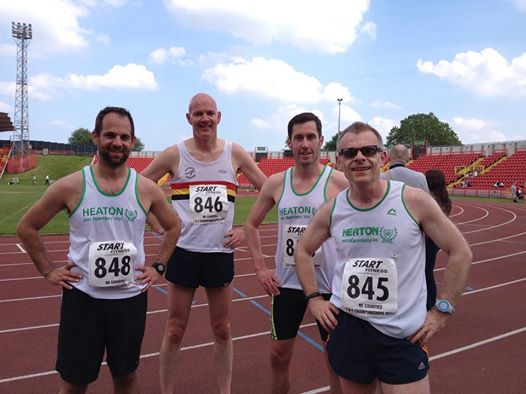 In their quest to reach 60 races the EASTOE’s have also taken part in two 10k’s in the last week. On Sunday 18th May they raced in the tough Kirkby Stephen 10k, organised by Howgill Harriers. Once again Gay won the female 60 category (cut and pasted that quote from numerous previous reports!) finishing in 1.00.20. Husband Richard was one place further back in 44th in the same time. Meanwhile back on Tuesday 13th May there were in action in the Moorclose 10k at Workington. Gay finished in 54.29 to take 126th place, whilst Richard was 127th in 54.30.