There were 3 Harriers in Parkrun action on Saturday 10th May, a day which saw 2 pb’s and a Parkrun debut. The fastest of the trio was Mark COCKBURN, in his first Parkrun, finishing the 5k in Newcastle in a very good 18.57. Meanwhile over on the west coast of Cumbria Gay and Richard EASTOE were both securing new pb’s at Workington, with Gay winning the female 60 category for the umpteenth time! Results:

Later that day Pauline AITCHISON, the fastest Harrier in a half marathon so far this year, was taking part in the Loch Leven Half Marathon. Pauline finished 141st of over 1500 runners in 1.39.39. Well done Pauline! 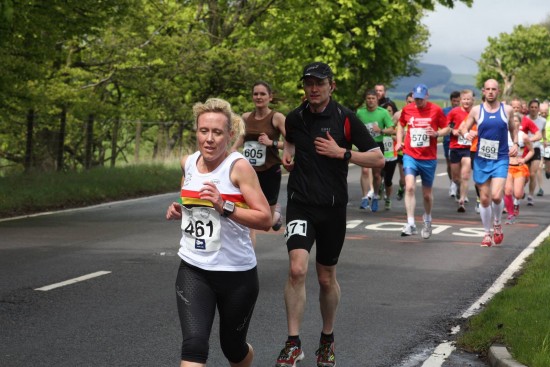 The following day 5 Harriers were in action in the Sunderland Strollers organised Pier to Pier Race. This is a 7.5 mile race which starts in South Shields and takes in a superb scenic route along the coast before finishing at Roker Pier. All 5 have taken part in the race before, but on this occasion Ron McCORMACK was the only one who improved on previous times. Well done to Ron! Results: 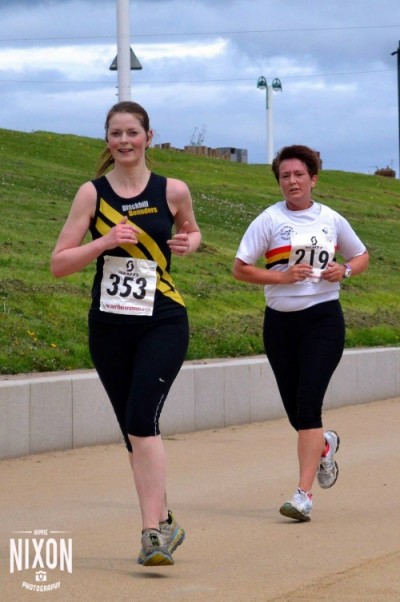 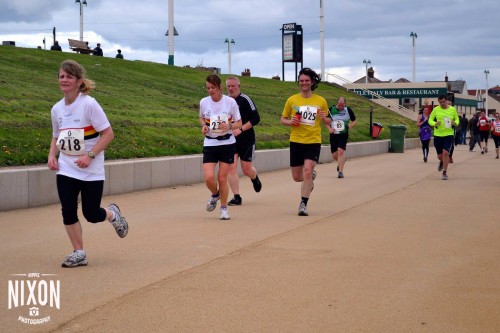 Back on Wednesday 7th May Gay EASTOE was yet again winning the female 60 category in a race (how many times have I said that this year already?), this time in the Kendal 10k. Gay and husband Richard raced together, both finishing in 55.32 with Gay one place ahead of Richard in 93rd. Well done to the pair, who are wearing the Alnwick vest at least twice a week and performing superbly in the process!