Well done to all the runners who took part in the Les Allcorn 10k and Junior 3k in Hulne Park, Alnwick on Tuesday 6th May. 112 runners lined up for the start of the Senior Race and 88 for the Junior event both of which were held on new courses, this year starting and finishing at the Ratten Row entrance to the Park. It seems that every year the weather is kind to us and this years race was no exception with the sun shining all evening, meaning that running conditions were pretty much perfect! Many thanks as always to the Alnwick Harriers committee and the marshals for organising and helping out at the event. Thanks in particular to Mary PLUMLEY and Sue BOLAM for their superb efforts in arranging the race, and to Mike HENRY for the post race presentation. Also thanks to Rapid Reaction and of course to His Grace the Duke of Northumberland for allowing us to hold the event in such a great setting. Finally well done to Adam SPILLER for catering duties, with £175 going to the Great North Air Ambulance! 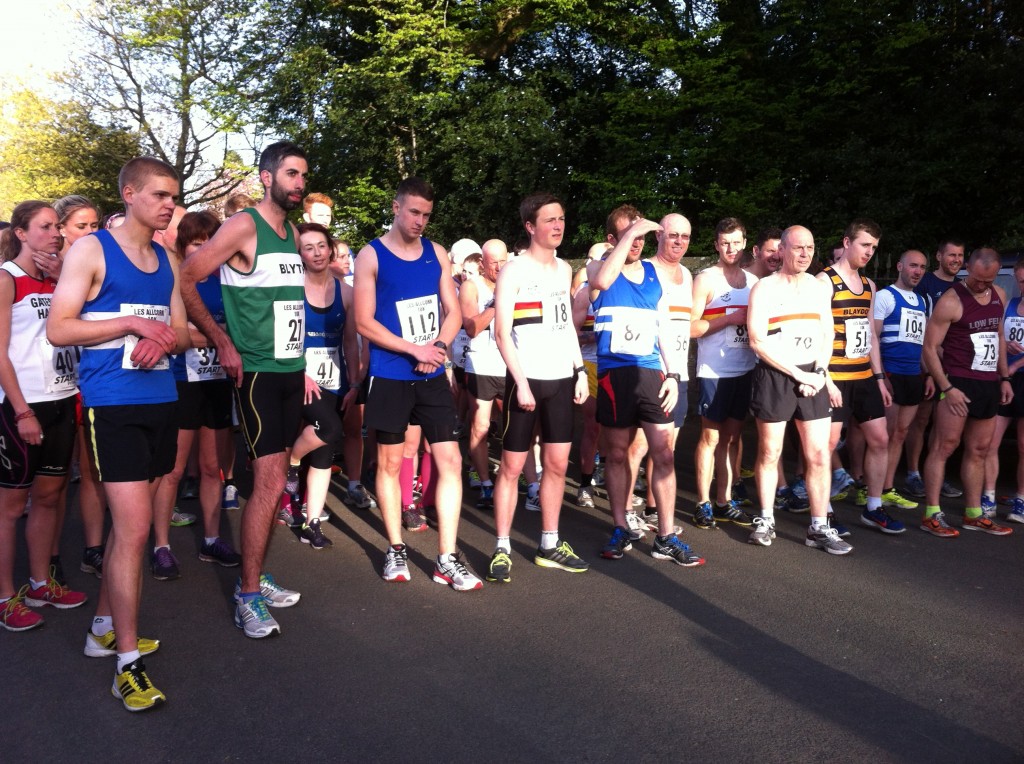 The Junior race was won by Blyth RC’s James YOUNG who finished nearly 30 seconds ahead of Alnwick Harrier and 1st Under 15 Boy Ben KELLY. Third went to Gala Harriers Callum THARME, who finished ahead of Alnwick’s Edris RAMEZANPOUR and 5th placed Ross CHARLTON, winner of the Boys Under 13 category for Morpeth Harriers. In the Girls race there was success for us as Amy THORNE finished 20 seconds clear of fellow Harrier Rebecca REED. 3rd was Morpeth’s Lizzie RANK, followed by Alnwick’s Amy REED who won the Girls Under 13 category. Well done to our Junior section for their help organising the Junior race, in particular Brenda MALLEN, Diana WEIGHTMAN and Geoff CAMPBELL. Age category winners were: 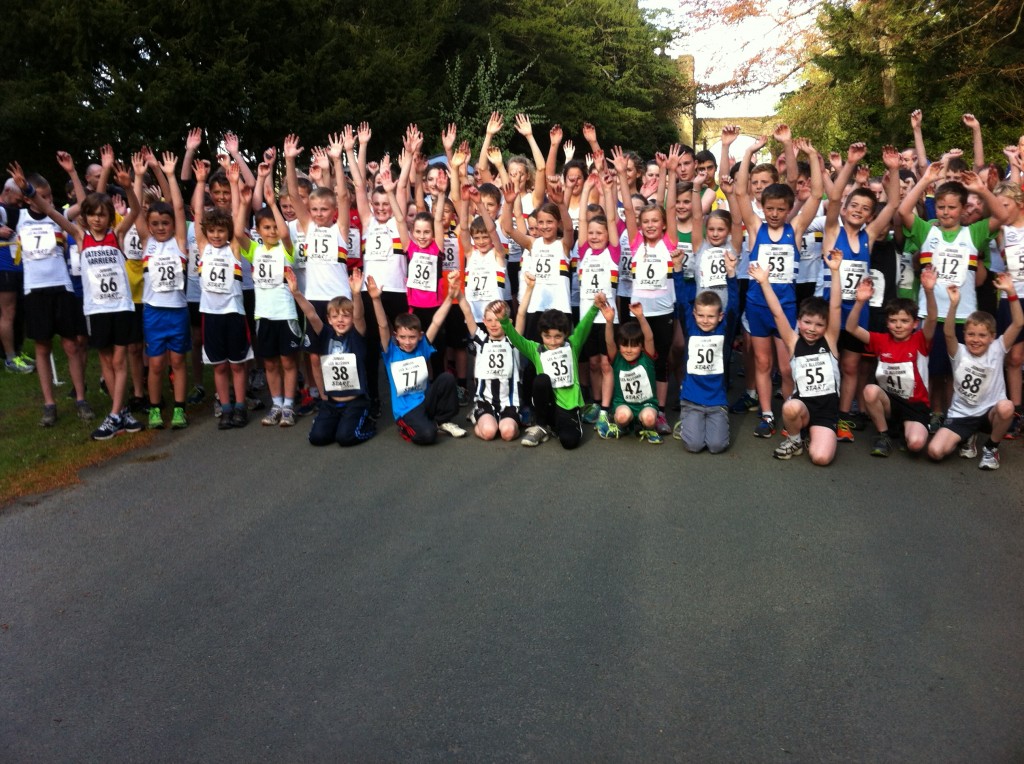 The winner of the 2014 Les Allcorn 10k in a superb 33.46 was Morpeth Harriers Carl AVERY. Carl was an easy winner, bolting up over 90 seconds clear of clubmate Sam HANCOX who improved on last years 3rd placed finish. 3rd finisher was Isaac DUNN of Blaydon Harriers with Heaton’s Mark OLIVER 4th. 5th and winner of the male 40 category was Morpeth’s Paul WATERSTON, who helped his club to easily win the male team prize. First Harrier home was 6th placed Dan LENG, finishing in 37.38 which is the fastest 10k by a Harrier this year. Next home for us was Steve PATTERSON, who just held off a fast finishing Mark MILLER. Winner of the male 50 category was our Secretary Jim LILLICO, whilst Morpeth’s Norman CLARK once again won the male 60 prize. 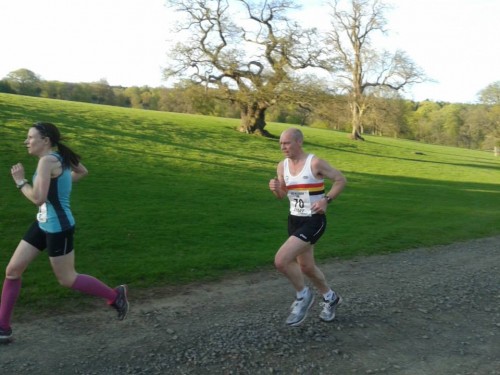 There was success in the Ladies race for us as Ella BROWN followed up clubmate Jo GASCOIGNE-OWENS’ win last year by finishing 1st! Ella was over 30 seconds ahead of the 2nd placed female, another Alnwick Harrier in a huge 10k pb, Suzie BARWISE-MUNRO. Third spot went to Tynedale Harrier and twice Les Allcorn winner Joanne LEE, whilst 4th place went to yet another Alnwick Harrier in youngster Rosie MURTON. Ella, Suzie and Rosie ensured that for the 2nd year running we won the female team prize. There was also success for us in the female 35 category with Pauline AITCHISON winning that prize, whilst Wooler’s Claire BAGNESS won the female 45 category and Blyth’s Catherine YOUNG the over 55 award. 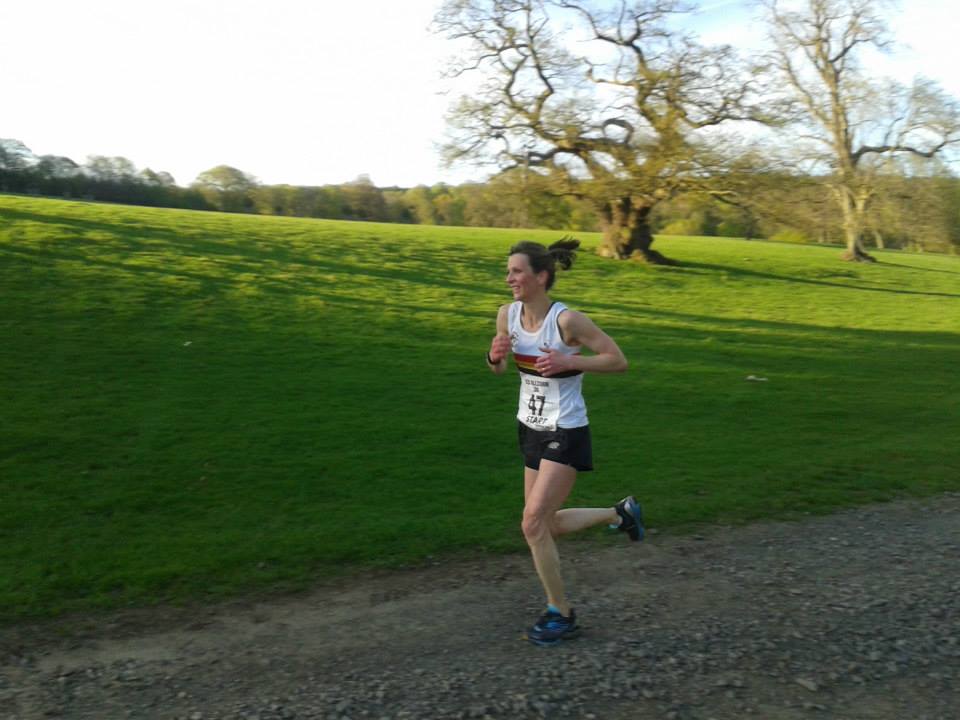 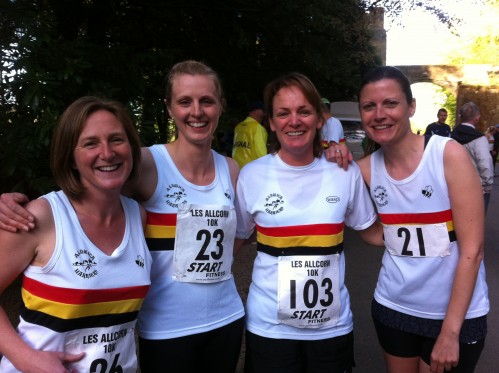 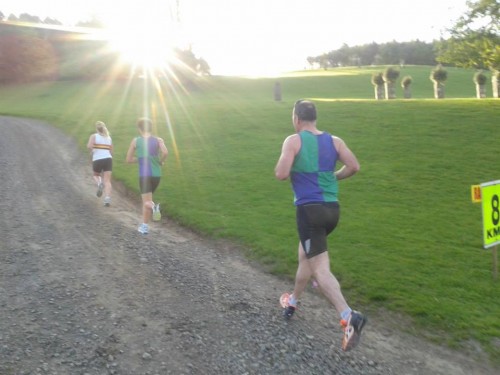 A slideshow and report courtesy of the Northumberland Gazette is here www.northumberlandgazette.co.uk/sport/local-sport/athletics/slideshow-and-report-les-allcorn-10k-1-6604229

The provisional date for the 2015 Les Allcorn 10k will be announced soon!