The weekend got off to a great start at the Newcastle Parkrun on Saturday 3rd May, particularly for Dave HINDMARSH and Sarah SYERS. In an astounding performance Dave knocked a whopping 48 seconds off his Parkrun pb, in what were perfect running conditions on the Town Moor, clocking an agonising 20.01. Sarah SYERS and Mark DOCTOR were involved in a superb battle for the whole of the 5k course. Sarah slip-streamed Mark until overtaking him just after the 4k mark. However in the final 100 metres a shout from a spectator of “Go on Mrs Syers!” provoked Mark into a sprint which saw him overtake Sarah and finish one place and one second ahead. Mark’s time was his fastest 5k for over 2 years, whilst Sarah’s was a 5k pb which saw her finish as 4th female on the day with the fastest 5k by a female Harrier this year. Phil and Charlotte BASTON also took part, on a day where they received their much coveted 100 Parkrun t-shirts before the race. 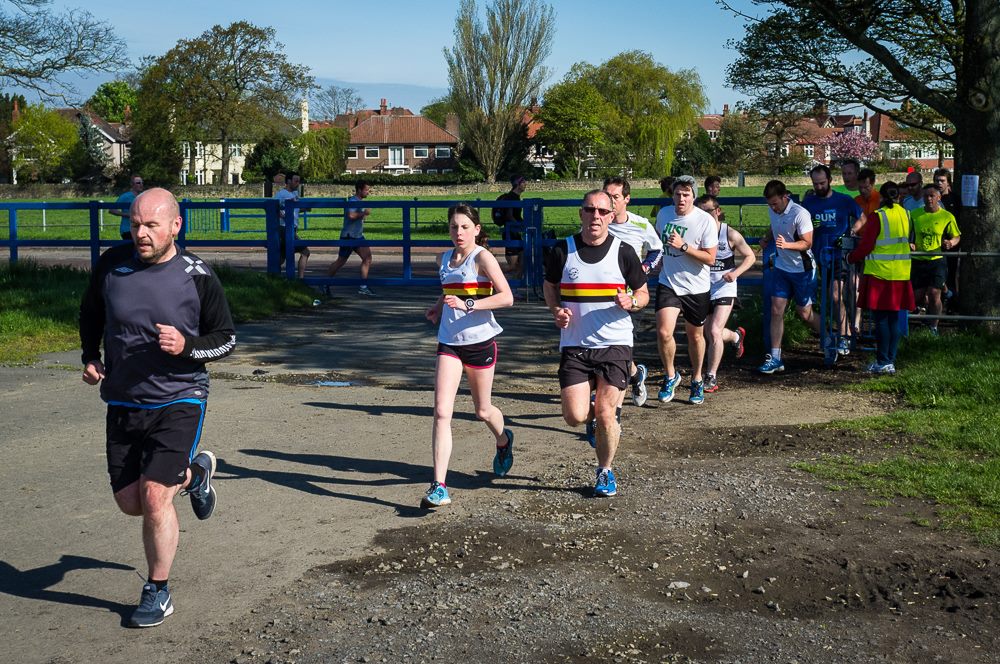 Over in Cumbria Gay and Richard EASTOE both had great runs at the Workington Parkrun where they both ran Parkrun pb’s, with Gay once again winning the female 60 category. Results:

The following day 3 Harriers were in action in the Sunderland City Half Marathon. First Harrier to finish in a big, big, big pb was last years Most Improved female Diana WEIGHTMAN. Diana finished 2nd in the female 50 category and was 320th of over 1100 finishers. There was also pb joy for Phil LEE who knocked about 3 minutes off his previous best! Mark DOUGLAS also took part in the half marathon, whilst Lisa BASTON was the sole Harrier taking part in the 10k event. Results:

Also that day 3 Harriers took part in the picturesque but tough Keswick Half Marathon. Results: 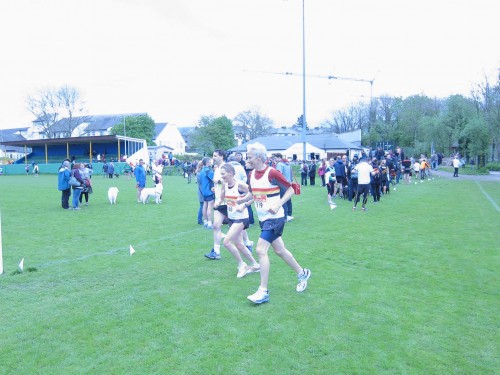 Finally Mark DOCTOR was back in action on Monday 5th May at the Tees Barrage 10k at Stockton on Tees. Mark was unable to repeat his good performances at the recent 10,000 metre champs and Saturday’s Parkrun, finishing the course in 45.20. Mark was 109th of the 443 finishers on this flat, yet twisty course. 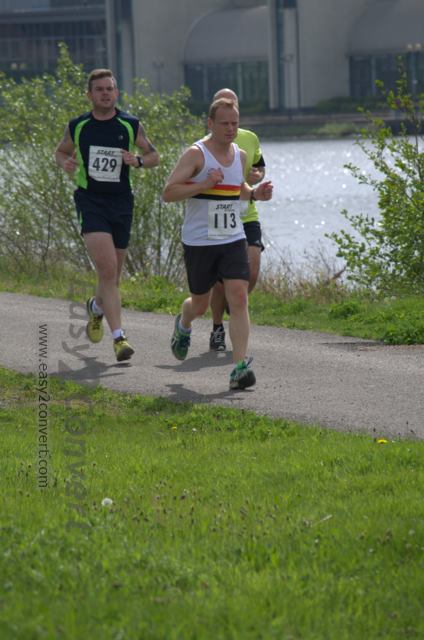