Many, many congratulations to mens team capitano Bruce CROMBIE for winning the inaugural Hedgehope Hellraiser fell race on Sunday 27th April! This 6 mile race includes over 2000 feet of ascent and is an out and back race from Langleeford to the summit of Hedgehope. Bruce is no stranger to winning races, after numerous successes in local show races last year, however this is Bruce’s first victory in a “proper” fell race and goes down as a superb achievement. There were also good runs by Graham SIMPSON and Adam FLETCHER, the latter making his first appearance since New Years Day due to injury. 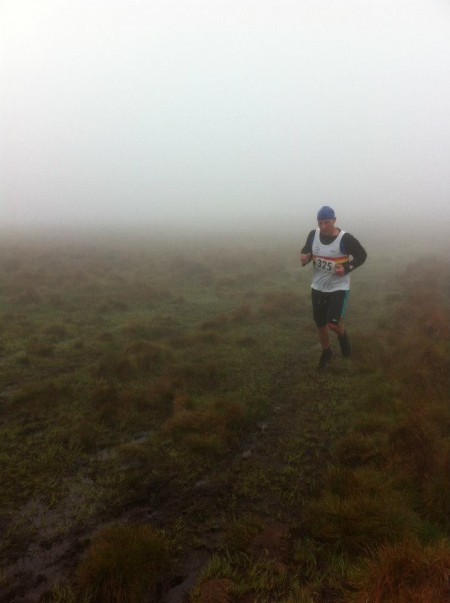 Vee POLLOCK was also in action in the Balfron 10k that day, a hard and hilly race held in Stirlingshire. Vee knocked almost a minute off her time from the race last year finishing a superb 80th of the 599 runners in 43.44. In a race which Vee likened to Liversedge (the hills rather than the scenery) she was 9th female, a great effort. 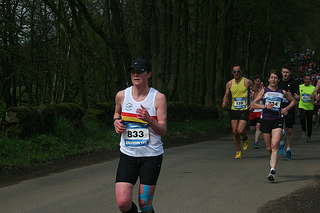 Staying in Scotland Mike HENRY was taking part in the Gryffe Valley 10k, a hard and hilly race in Houston, Renfrewshire. Mike finished 40th of the 78 runners in 50.59, a decent effort given that he raced the day before as well.

At the other end of the country Richard AGAN was in half marathon action in the Plymouth Half Marathon. Richard performed extremely well to clock the fastest half marathon time of the year by a Harrier so far, taking 12 seconds off his time at Liversedge in February. He was 34th of over 4000 runners in 1.23.37.

Finally 2 Harriers were taking part in the BUPA Great Edinburgh 10 Mile Race that day. Alex REED was having her second race in as many days finishing 813rd in 1.22.21, whilst training partner Shelley COATES was 1604th in 1.31.48.

The day before a whole host of Harriers were taking part in various Parkrun’s. Best performance of the day came at Newcastle where Eddie LONGSTAFF finished a superb 10th overall in a pb. New Harrier Wayne GAIR was not far behind, Alex REED ran a 5k pb and Ruth DOCTOR ran her fastest 5k for a couple of years. Not far away Peter GREY was having his first race for about a year in the South Shields Parkrun. Peter was 5th overall, easily winning the male 55 category in the best WAVA score of the day. North of the border Mike HENRY was racing in yet another Parkrun, at Tollcross Park in Glasgow. Mike won the male 60 category on this hilly course. More age category success came at Workington where once again Gay EASTOE ran another Parkrun pb to win the female 60 category. Husband Richard also notched a Parkrun pb time. Finally Cris ATWELL was in action on the coast at Whitley Bay. Results: 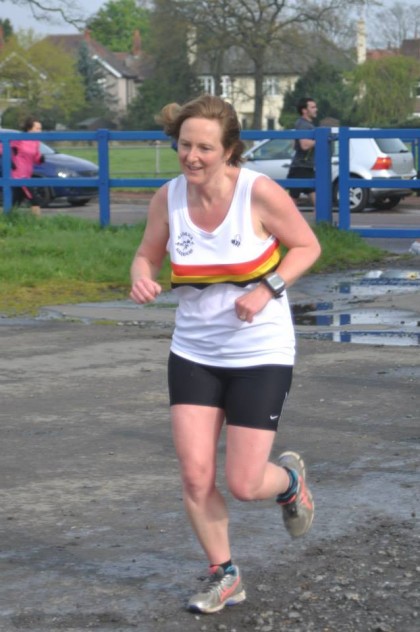 Back on Wednesday 23rd April Mark DOCTOR took the brave step of entering the North East 10,000 Metre Championships at Monkton Stadium, Jarrow. The event was a surprisingly low key affair for what sounds like a very important race, with only 12 runners lining up to be announced over the tannoy (yep this happened). Despite being lapped by the eventual winner after only 3 of the 25 laps, and then getting lapped numerous more times by him and others Mark was 8th of the 12 to finish. What’s more it was a 10k pb of 42.56, exactly 30 seconds quicker than his previous best from Tynedale in 2011!

Finally Gay and Richard EASTOE were in action yet again, flying the Harriers flag in another Lake District race that night. The pair took part in the Keswick Round The Houses 10k, organised by Keswick AC, finishing in 58.01 with Gay in 148th and Richard in 149th.