13 Harriers enjoyed a fantastic day in the Lake District on Saturday 27th April, taking part in the Hawkshead Trail Race, one of our 2013 club trips. There were some superb performances in this beautiful but hard race, held in lovely sunny weather. The highlights were once again courtesy of Bruce CROMBIE and Jo GASCOIGNE-OWENS, both of whom have been in fine form so far this year. Jo won the female race, completing the 10 mile ish route in 1.13.46, to finish 12th overall. First Harrier to finish was once again Bruce CROMBIE, who was 5th of the 212 runners. Other performances of note came from David LOWE and Ella BROWN, whilst Mark DOCTOR knocked 7 minutes off his time from the same race last year. 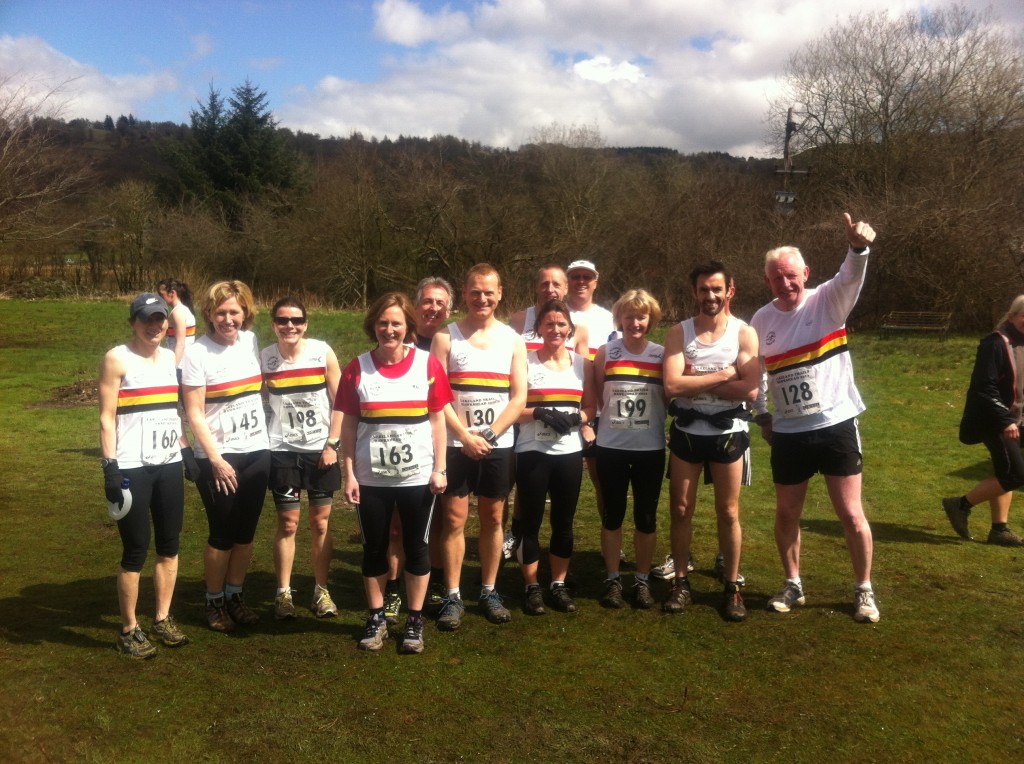 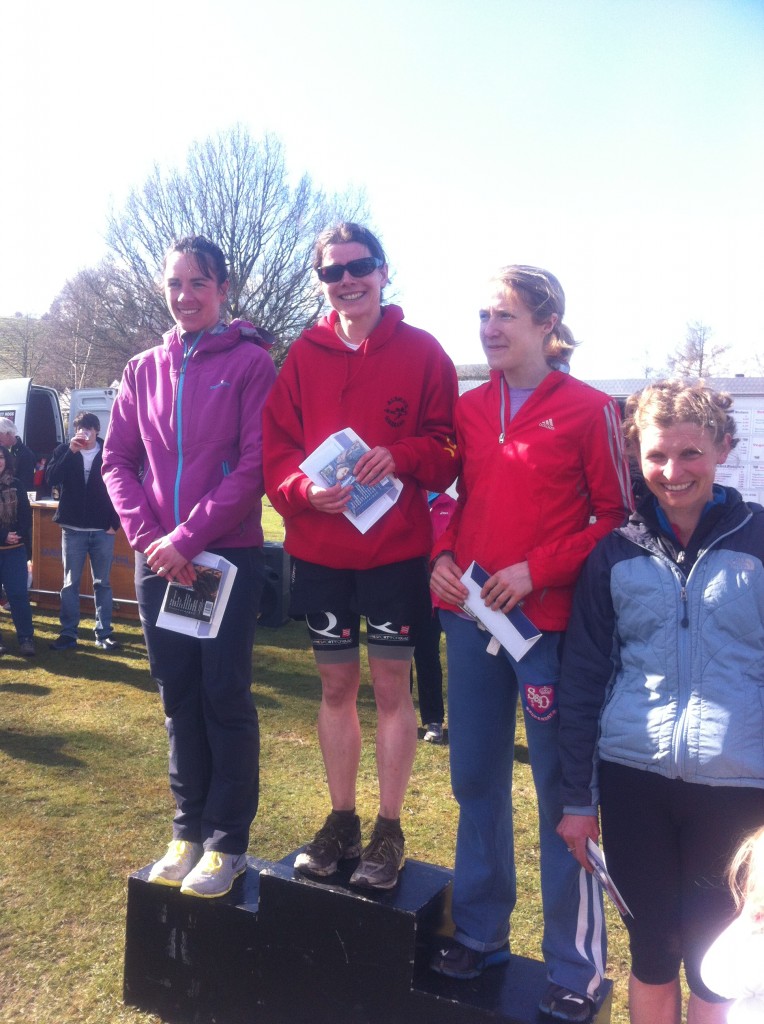 After the race it was off to the pub for a well earned meal, where we also solved a crime (had to be there). Before the race the Harriers guessed what their finishing time would be, with the winner being the one who was nearest to their actual time. The winner of the princely sum of £13 was Ruth DOCTOR who was a mere 9 seconds out! Given that she was the only Harrier not to wear a watch during the race that is some achievement! 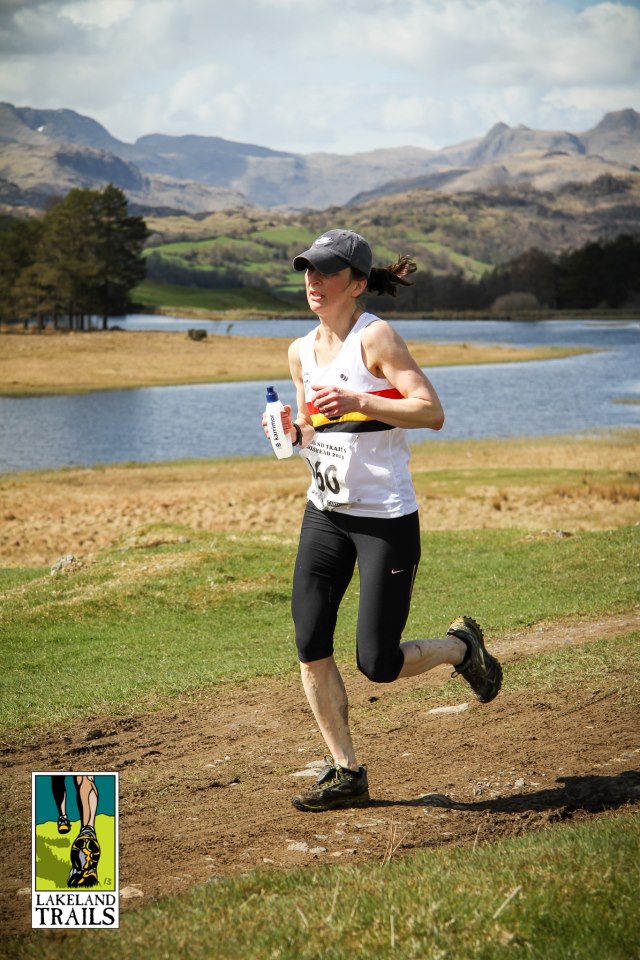 Loads more photos of the day are on the Flickr site (link below) and Grand Prix updates from John ROSS are to follow.

Finally that day Gillian MILLAR was taking part in the Run Balmoral 10k in Aberdeenshire. Gillian finished the course in 366th place in 48.29.

The following day a number of Harriers were taking part in various events. Phil LEE made his annual pilgrimmage back to the motherland to take part in the Half Marathon of the North in Sunderland. Phil was 606th in 2.07.33. Meanwhile Diana WEIGHTMAN and Jayne HATELY were in action in the Sunderland City 10k. Diana was 297th in 49.36, whilst Jayne was 524th in 53.37.

North of the border Vee POLLOCK and Lisa ATHEY were having their first runs for the club this year in the undulating Balfron 10k in Stirlingshire. Vee finished 101st of the 584 runners in 44.41, whilst Lisa was 138th in 46.07. Good to see you both back in the Harriers vest!

Back on Tuesday 23rd April Gay and Richard EASTOE were in action in the Keswick Round The Houses 10k. Gay pipped Richard to the line finishing 102nd in 57.22, with Richard one place and 2 seconds back.