Well done to the 2 Harriers who took part in the London Marathon, held in glorious conditions, on Sunday 21st April. Charlie GILLON and Andy SQUIRES have both suffered from major injury issues in the last year, so it was just pleasing that both made the start line. Charlie ran very well finishing the race in 3.39.52, whilst Andy finished in 4.21.07. A special mention also to our second claim runner Pauline AITCHISON who was running for Wooler RC. Pauline smashed her marathon pb by 5 minutes finishing in 3.15.48! Well done to all 3.

Also that day 4 Harriers took part in the latest of our 2013 Grand Prix events, the Terry O’Gara Memorial 5k, hosted by Wallsend Harriers. Of the 4 Peter GREY was first to finish, whilst there were big pb’s from Phil BASTON and Lisa WILLIAMS. It was also nice to see John ROSS back in action after a recent spell out injured. Grand Prix standings to follow. Results: 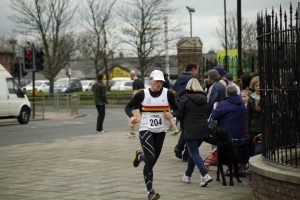 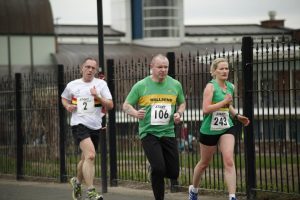 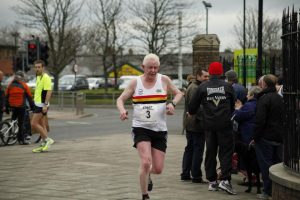 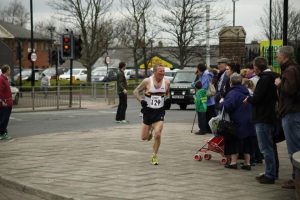 The day before 4 Harriers were in Parkrun action in Newcastle. The highlight was Charlotte BASTON’s 23 minutes dead, which knocked a whole 30 seconds off her previous best on the course. There were also Parkrun pb’s for Diana WEIGHTMAN and Jane HATELY. Results: 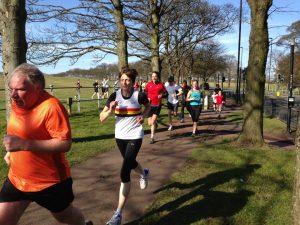 Meanwhile at the Whitley Bay Parkrun there was success for Danny RICHARDSON who won the race! Danny finished the 5k in a Parkrun pb of 17.48 (73.69%), 13 seconds ahead of his nearest rival. Well done Danny!!!

All photos courtesy of John DODDS and Mick DURNION.