Well done to the 5 Harriers taking part in the first ever Marathon of the North held in Sunderland on Sunday 6th May. Maureen BARTRUM was the first Harrier to finish the course, whilst there was a marathon debut for Phil LEE. Harriers results:

Meanwhile Bruce CROMBIE took part in the Sunderland City 10k which started shortly after the marathon. Bruce once again put in a consistent run finishing a superb 20th of the 1820 finishers in 37.17. 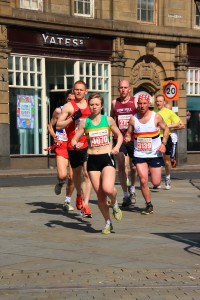 Over in the Lake District 3 Harriers took part in the Keswick Half Marathon that day. Olympic Torchbearer David LOWE ran well finishing in 1.28.24, the fastest half by a Harrier this year so far. Results:

On Saturday 5th May Peter GREY took part in his first race since injuring himself in the Morpeth 11k on New Years Day 2011, by taking part in the Newcastle Parkrun. Peter has evidently lost none of his speed finishing 10th of the 304 runners in 18.36, and first in the male 50 category. Welcome back Peter! That same morning David NOLAN finished 6th of the 72 finishers in the Gateshead Parkrun, completing the tough 5k in 20.26. 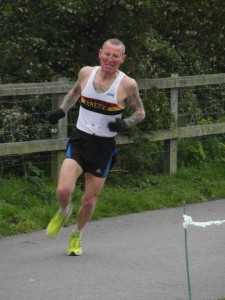 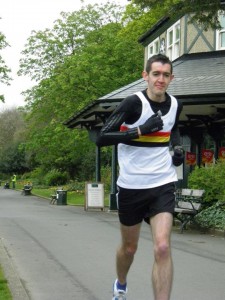 To look at loads more photos of Harriers in action click the link below: