Six Harriers took on the Wild Deer Alnwick Castle 10K Trail race in Hulne Park on a very muggy overcast morning. The race started and finished on the river bank in front of the castle and included sections along Lady’s Well Drive and a climb up and around the priory, followed by a very precarious descent down the damp grassy bank on the other side. A slog up Iron Bridge Drive led to a rarely run section around the sawmill and a comfortable last mile downhill to the finish line.

Perhaps the most impressive run of the entire 160 participants was from Georgina Tetley-Paul, who ran the entire course in full firefighting kit (a busman’s holiday for her) including boots, helmet and oxygen tank, altogether weighing over 20 kilograms to raise money for the Fire Fighters Charity. Crew support was provided by Tess Allan, ensuring that Georgina had plenty of water. 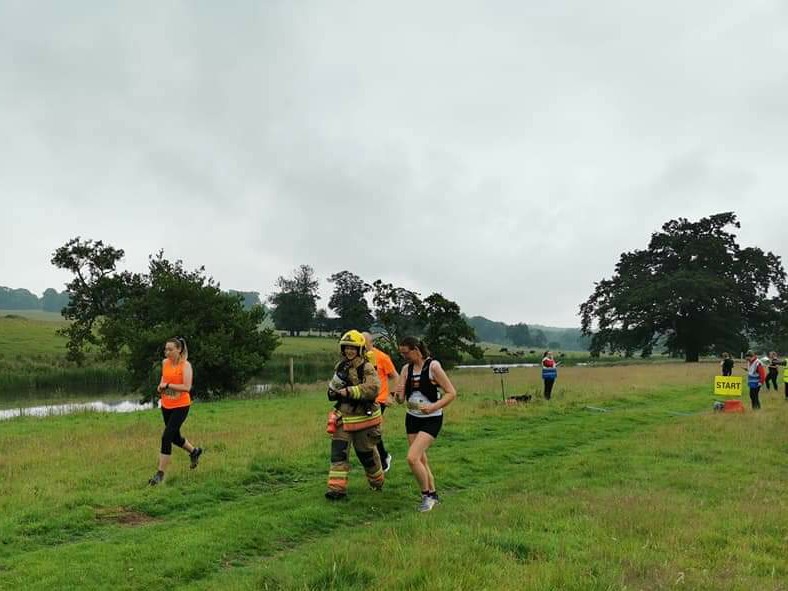