Posted on December 18, 2018 by James Willoughby

With just over a week to go until Christmas, it was ho-ho-go for the Alnwick Harriers who competed at various races.

And for many of the participating runners, decent performances proved to be an early present.

Perhaps the stand-out displays of the weekend came at the eight-mile Hethpool to Wooler Winter’s Trail race, which followed part of the scenic St Cuthbert’s Way.

Leading the way for Alnwick were two of the club’s cross-country specialists, with Adam Fletcher (pictured) finishing 5th in 1.06.27, followed by Bruce Crombie (1.10.35) in 8th. 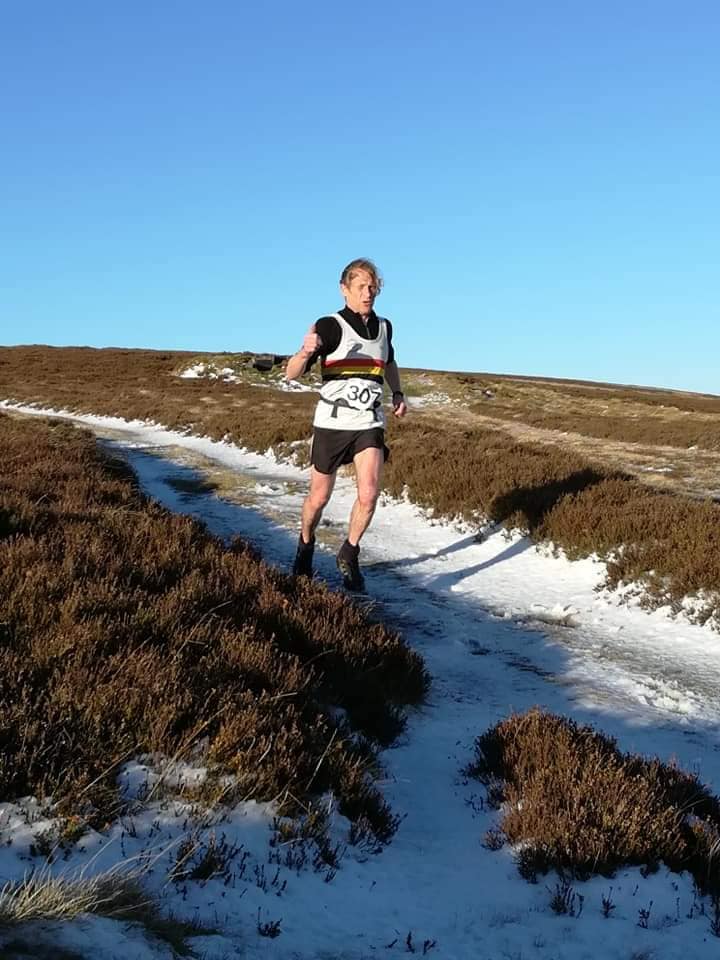 Alice Tetley-Paul put in an outstanding performance to finish second female – just one place and 20 seconds behind the women’s winner, Jenny Yeo, of DVTR. Alice, crossed the line in 1.25.36, to come 20th overall. 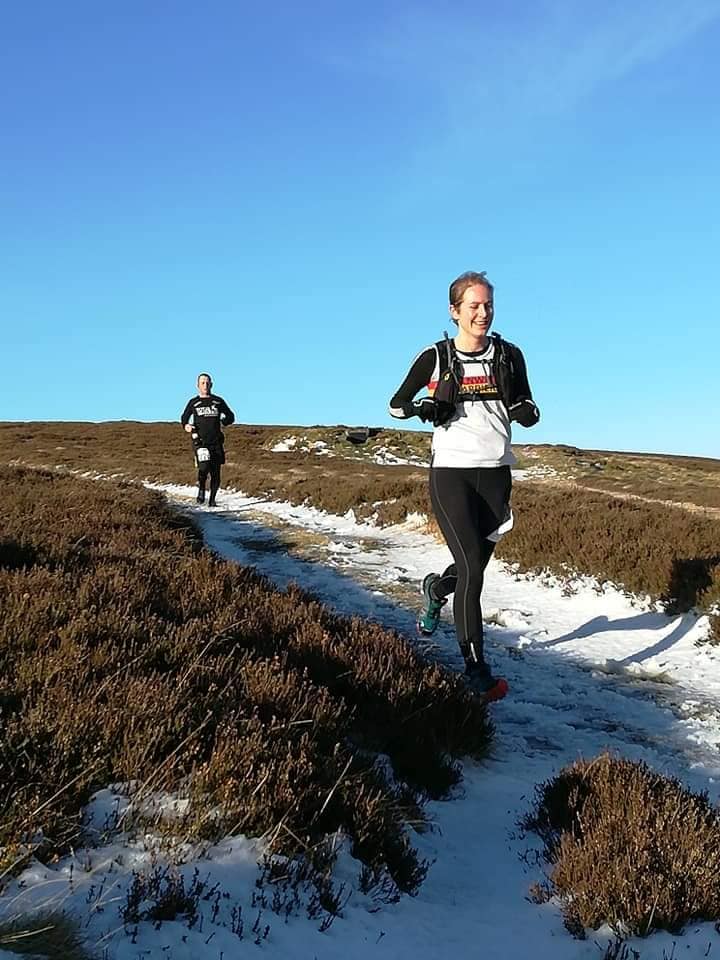 The weekend also saw the club host its Christmas Handicap at Alnmouth.

In the four-mile Senior race, there was a quality field of five runners! It was a dead heat for first between Ruth Doctor and Graeme Skirrow. Mike Telfer was next, closely followed by Andrew Wilde and then David Henderson.

The Junior Harriers also held their festive Christmas handicap – a 2km race along the beach.

The runners were awarded a handicapped start time based upon previous race performances over a similar distance. Approximately six minutes separated the start time of the fastest and slowest runners, which is quite a margin on a predicted overall race duration of only 12 minutes.

The youngest competitor, Erin Givens (9), was first to set off and lead the charge up the beach, but was soon being chased by the rest of the Harriers who were keen to close the gap as soon as they could.

After heading north for the first 500m, Erin turned south for 1km and was faced with all the runners chasing after her. However, she hung on and even with 500m to go after the final turn she did not allow anyone to catch her and won by a comfortable 30s margin. Cooper Wilde was next home, winning the boys category for the second year in a row.

The remaining prize winners were far closer grouped with less than 30s separating the first three boys and the 2nd and 3rd placed girls. The remaining field of runners were all home within the next 30s making an exciting, closely-fought race. 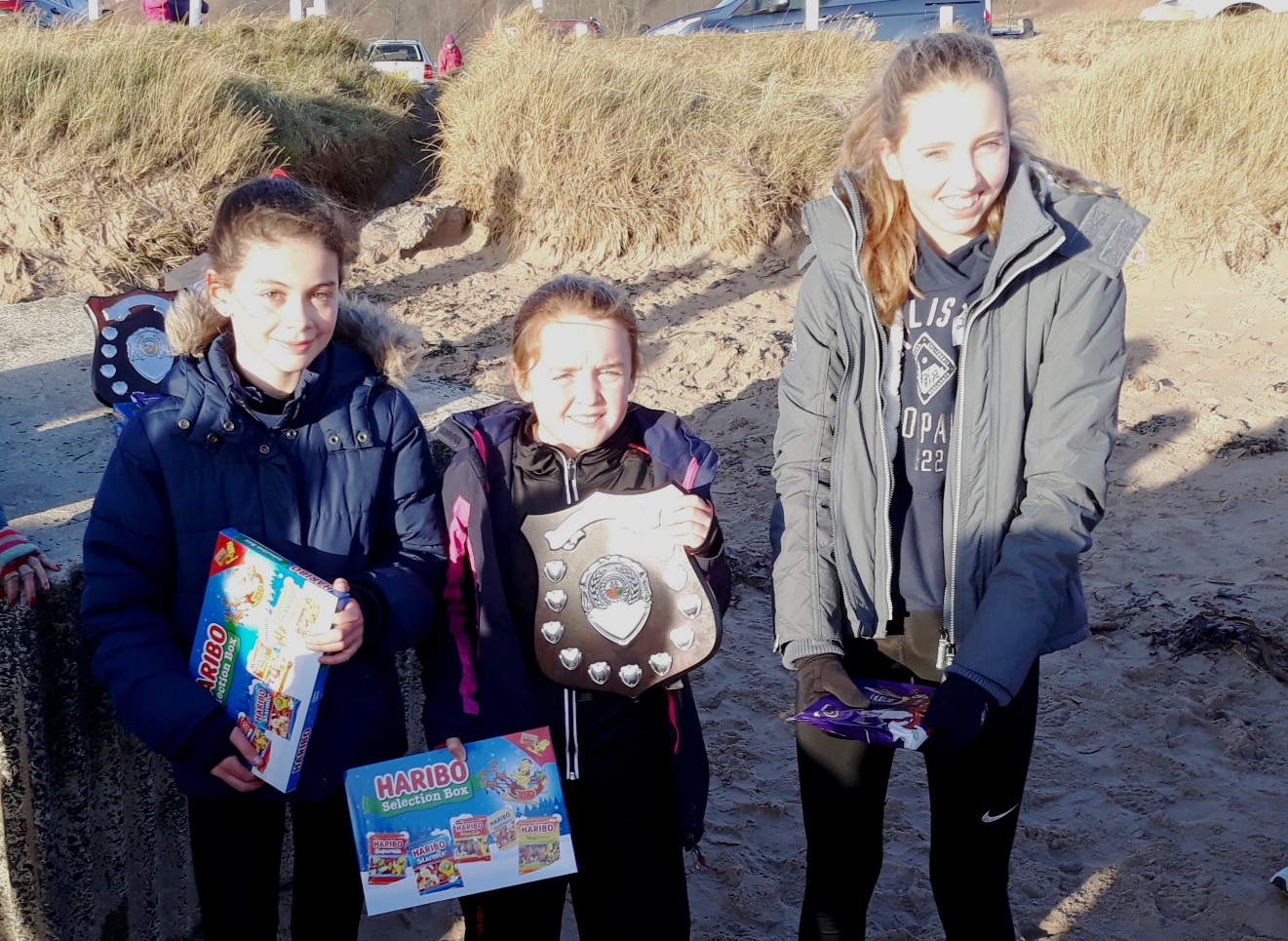 The morning was rounded off with a fantastic barbecue following the presentation.

On Saturday, a number of Alnwick Harriers were in parkrun acton.

At Druridge Bay, Peter Grey was first home for Alnwick and 7th overall in 20.27. 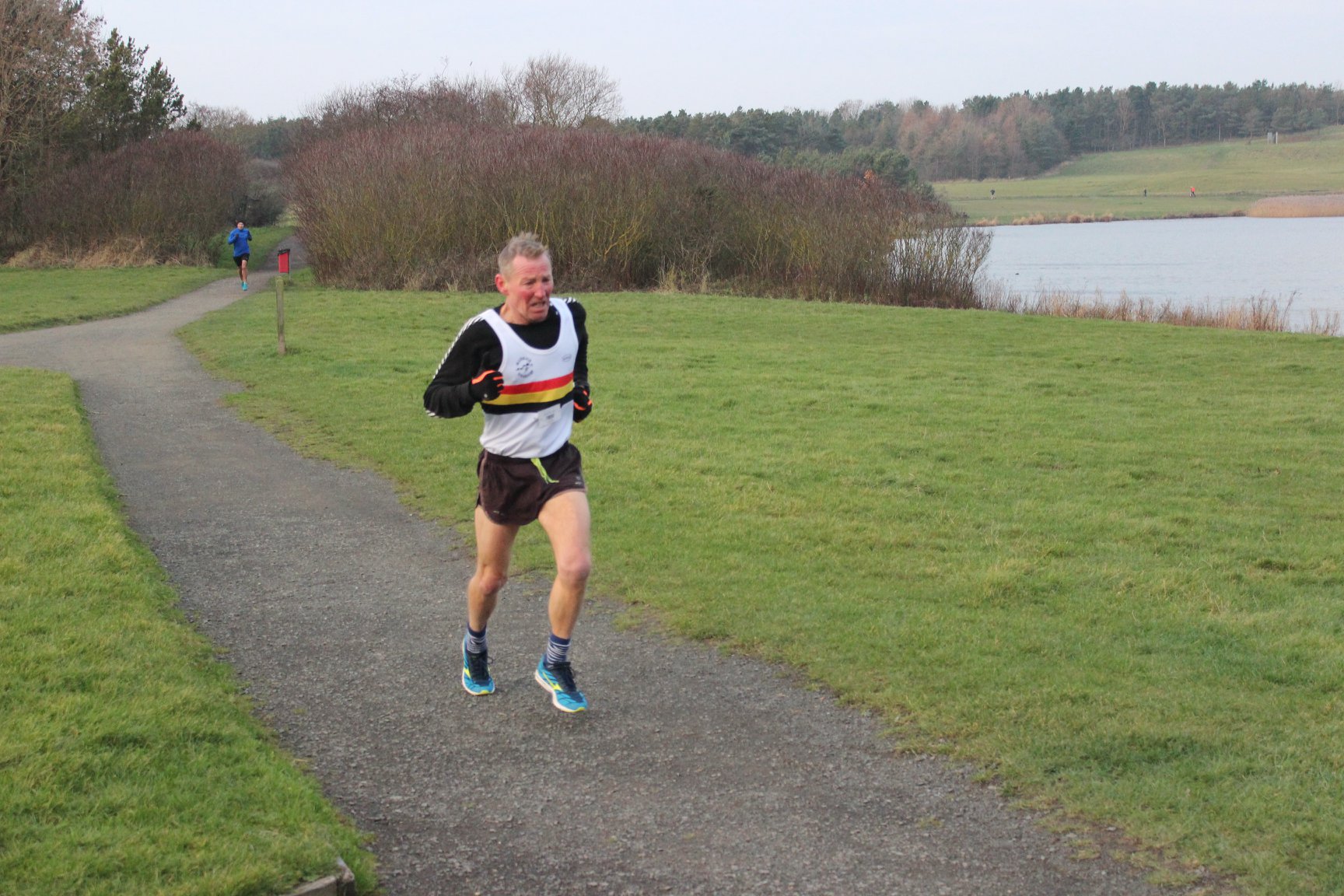 In the women’s race, Alice Tetley-Paul (22.53) was second, while Jo Powell was third in 23 minutes flat.

Among the other good performances, Jennifer Knight grabbed a PB, finishing in 27.32.