Posted on December 10, 2018 by James Willoughby

From festive races to the thrills and spills of cross-country, plenty of Alnwick Harriers were in action at the weekend.

On Saturday, the North Eastern Counties Athletic Association staged its Annual Cross-country Championship at Wrekenton. The race attracts the highest standard of athletes from across the North East region.

The highlight for Alnwick came in the Juniors, with Millie Breese finishing second in the U15 category.

Following their success last year as the U13 champions, the girls moved up to U15 for this year’s race. As the younger year of the category, they faced some tough competition, however the girls weren’t daunted and Mille ran a superbly confident race.

Millie ran a strong first lap of the 4km course, maintaining her position close to the front of the field. In the final 500m of the race, she moved up to second place and following a very close battle over the last 200m with Katie Francis, of Birtley, she finished as runner-up in the championship. A superb result for a first-year runner of that age category. 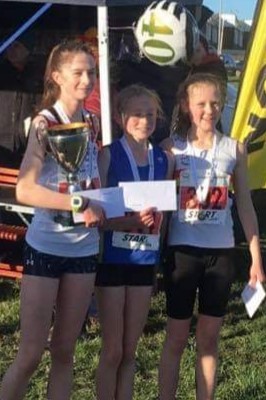 Elsewhere in the Junior section, Jack Price was the club’s only U11 boy, but once again proved himself, finishing an excellent 12th place amongst the 65 strong field. In the U11 girls’ content, Tess Hindmarsh ran a good race to be first home of the five-strong Alnwick team.

In the U13 races, Max Murray-John finished 15th as first counter for the Alnwick boy’s team and Ellie Price was first home for the girls. The girls had a large enthusiastic team who showed great potential for next year. The U15 boys’ team also made up predominantly of first-year runners had a strong team, Joseph Godden and Gregor Batley were first counters for the club.

The U17 boys were last to run of the whole day, fastest for Alnwick was Ben Murray-John who completed their course in 25min 32s.

The Junior harriers turned out an enthusiastic set of teams who tried their utmost on the day. It was encouraging to have such a depth of experience within the teams with both new and seasoned runners taking part. Next year the Championship will be held in Alnwick which will be an excellent opportunity to build on this year’s success.

Unfortunately, in the senior men’s race, just four club representatives turned out on the day, meaning that they didn’t have a large enough team to count. However, those who wore the Alnwick vest put in some decent individual performances across the 12k course.

First back for Alnwick, and finishing 49th overall, was Dave Richardson, clocking 48.09, while Graham Simpson was four places further back in 48.16. He was followed by Bruce Crombie in 52.56 and Jason Dawson in 53.16.

In the women’s race, Alnwick’s female team put in a good showing to finish 22nd overall. 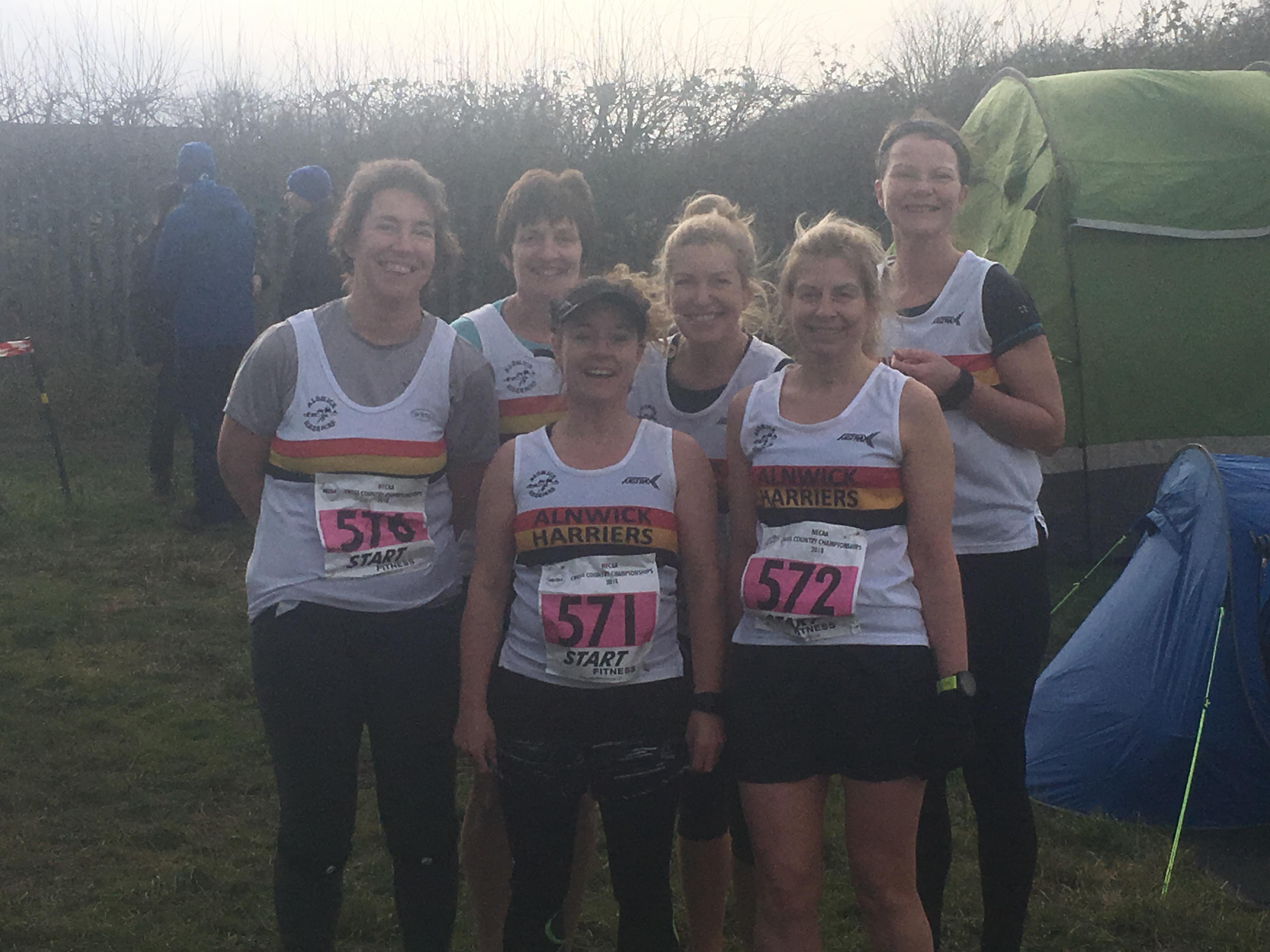 On Saturday morning, a good number of Harriers were in parkrun action.

One of the performances of the weekend came at the Newbiggin event, where Alice Tetley-Paul finished a fantastic second overall and first female, clocking 22.02 and matching her course PB in the process. 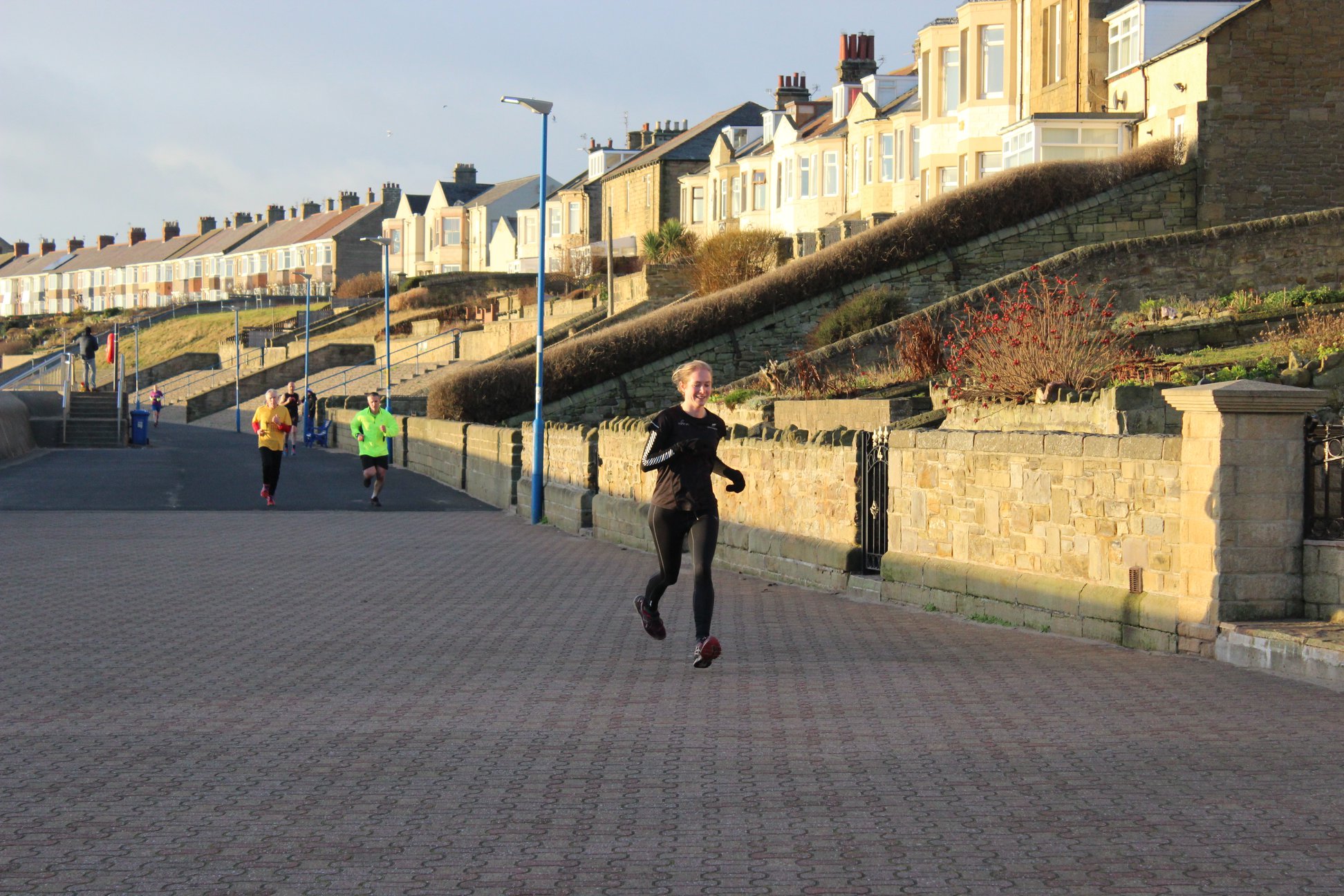 There were some decent performances at the Druridge Bay parkrun, including from Mel Steer and Lorna Stephenson, who both showed that girl power is alive and kicking. Mel was third female overall, in 24.43, while Lorna grabbed a 30.13 PB.