It was another busy weekend for the Alnwick Junior Harriers with two trips to Hexham for both the County Championship (Y6 to Y8) and the 3rd match in the North East Youth Development League.

Saturday was the annual Championship where athletes from schools across Northumberland and Tyneside competed, following successful qualification from their area competitions. The Duchess High School contributed a significant proportion of the North Northumberland team with over thirty children from years 7 and 8 taking part.

There were excellent performances by Talia THOMPSON and Lauren BROWN who were both successful in becoming County Champions. Talia threw a personal best of 8.57m to win the Shot Put, and Lauren defending her title for a second time led her race from the start to win by a convincing 30m. Outstanding performances by both the girls.

Finlay TELFER was runner up in the hammer throw with a personal best of 21.86m and Millie BREESE had an excellent days running, finishing 3rd in both the 300m and 800m races.

The Schools Championship is an excellent opportunity for both inexperienced and club athletes to compete at a high level. The event was superbly organised and supported well by parents, teachers and event officials. 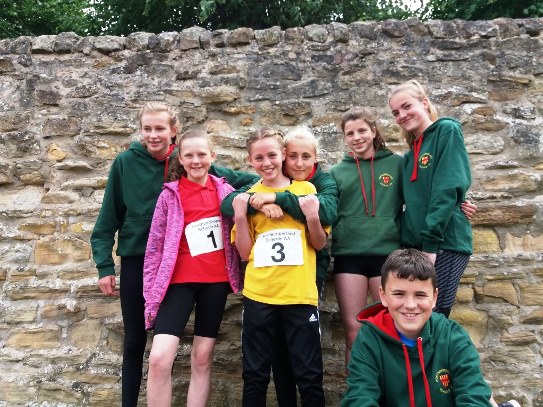 A busy sporting weekend reduced the Alnwick & Blyth combined team by half on the Sunday. However, a warm day with only a light breeze gave the twenty five athletes an excellent opportunity to produce some personal best performances.

The team were most grateful to Noah HALL and Jess MOSES who were representing Alnwick for the first time. Noah focused on the sprint events and Jess the long jump. The team has been short of U17 girls & U13 boys in recent months so it was great to have them along.

The throwers enjoyed the warm weather with Finlay TELFER throwing a personal best of 17.59m in the hammer (4.0kg). Talia THOMPSON (U15) threw 8.37m in the Shot and in the U13’s Olivia TEMPLE managed a good 6.08m. Billy CLAYTON threw 19.45m in the javelin to come 4th and Ben CARTER competed in both discus and shot where he too managed a personal best.

The warm conditions didn’t really suit the middle distance runners but Ollie TELFER (U17) finished second in 2.13s and Ellie PRICE (U13) ran a tough 1500m in 6.06. Sam POTTS was Alnwick’s fastest sprinter on the day completing the 100m in 14.6s.

There were good long jumps by Antje HALL, Lilia PURVIS & Evie GODDEN and in the high jump Lauren BROWN (U15) jumped 1.30m. Ellie PRICE and Sophie BURN (U13) also had a good high jump competition finishing in joint 2nd place.

The U13 girls were the only age group who managed to field a relay team but were led home well by Lilia PURVIS. The team finally finished in fourth place narrowly beaten by Wallsend/Gosforth but quite a way behind Tyndale and Gateshead. However, the athletes and coaches enjoyed their day and are looking forward to the final fixture in July. 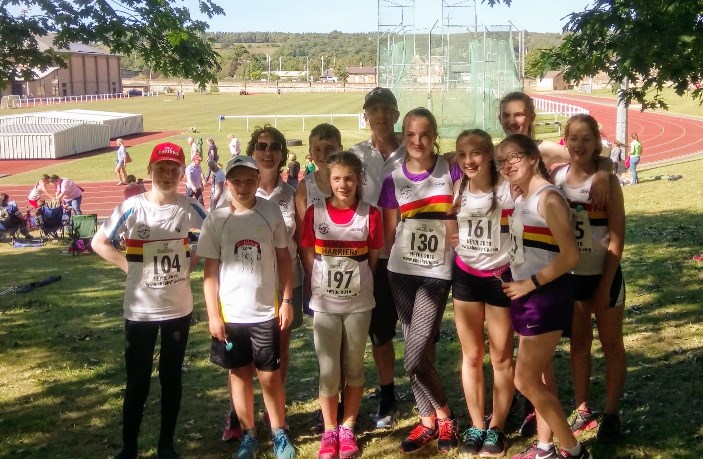