The curtain came down on another North East Harrier League cross country season at our rearranged fixture in The Pastures on Saturday 17th March. The snow from 2 weeks before had gone, though the conditions were tough and muddy, coupled with cold temperatures. Many thanks to the members of Alnwick Harriers who turned out to volunteer on the day and to the members of the committee who helped to make the event a great success, particularly Adam SPILLER and Steve STUDLEY. Also many thanks to Northumberland Estates, Alnwick Gardens and to the North East Harrier League committee amongst others. 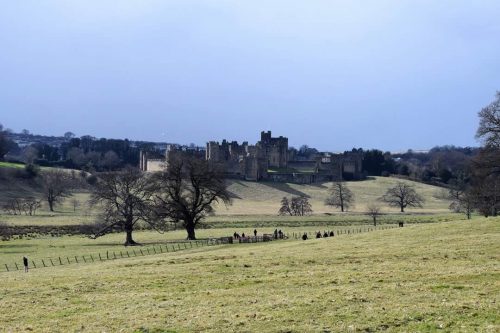 Going into the fixture the Senior Men were in with an outside chance of promotion to Division 1, sitting 3rd in Division 2. However a top place finish on the day coupled with slip-ups from Jarrow & Hebburn AC and Gosforth Harriers were needed to gain promotion. Team captain Dominic HARRIS has done a superb job all season getting decent teams together to participate in the fixtures, and despite his best efforts we fell short finishing 3rd on the day thus missing out on promotion narrowly. There were some amazing performances from the men including a race victory for Slow Pack runner Daniel LENG! Dan made the long trip up from university in Nottingham to take part in his first race of the season and easily won the race, finishing well over a minute ahead of his closest rival. David MILNE, from the Fast Pack, ran the 5th fastest time of the day to finish 10th overall of the 345 finishers. He has been immense all season, as has Dominic HARRIS. Early on in the season Dominic indicated that he hoped to be promoted to the Fast Pack and in this final race of the season he was promoted in some style, finishing 28th overall. Other counters for the team were Jon ARCHER from the Slow Pack and Medium Pack runners Steve PATTERSON and Adam FLETCHER. There were also decent club debuts for Denis KERR and Michael APPLEBY. Many thanks to all the Senior Men who’ve turned out this season. There’s always next season! 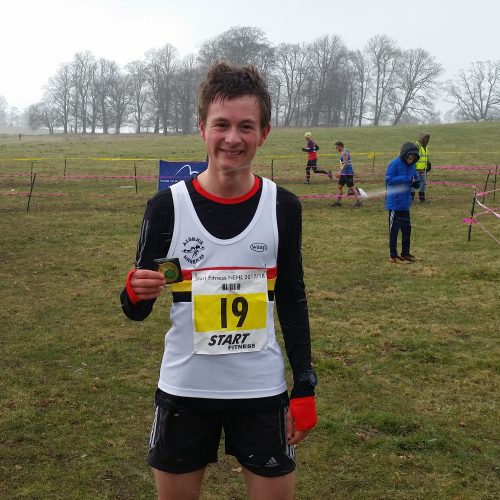 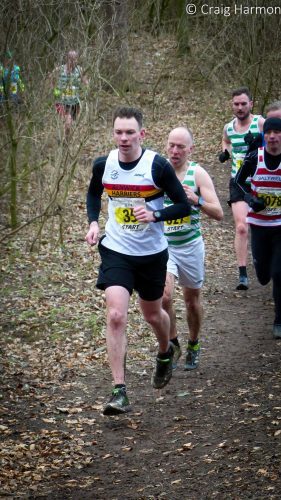 The Senior Women secured their Division 1 status in the penultimate fixture of the season at Thornley Hall Farm recently, so just had pride to play for in this final race. The team battled well, with captain Jo GASCOIGNE-OWENS leading from the front, to finish 6th of the 10 teams in the Division giving them a 7th placed overall finish which is a decent effort considering the size of our squad compared to others in the league. Jo was 18th overall on the day from the Fast Pack, finishing just under 30 seconds ahead of Tracey SAMPLE. Tracey was meant to be competing elsewhere however inclement weather meant that she stayed local and put in a brilliant effort, just missing out on Medium Pack promotion! Our 3rd finisher was Medium Pack runner Alice TETLEY-PAUL who had already finished 1st female at the Druridge Bay Parkrun a few hours earlier, whilst 4th home was Frances WILDE. In terms of the overall Grand Prix standings Jo was a superb 2nd of over 600 runners in the Veteran Women table, whilst Alice was 10th in the Senior Women charts. Also well done to Alice who has taken part in all 6 of the races this season. 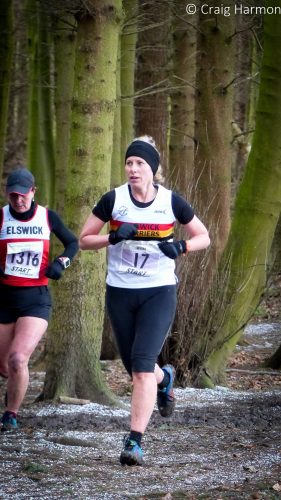 In terms of the Juniors there were too many individual results to mention, but thank you to each and every one of the Juniors who pulled on a Harriers vest throughout the season. Thanks to the parents and to the marvellous coaches who got the kids trained and inspired to compete this season.

Thanks to the Under 13 Girls who stepped up to compete whilst Lauren BROWN and Millie BREESE were away at the Schools Nationals that day. Their result on the day was good enough to win the overall league despite North Shields Poly putting out a team that won on the day. A brilliant team effort by everyone who competed in any of the 6 races this year. The Under 15 Boys won on the day, securing them 4th place in their league and the Under 13 Boys were 2nd on the day. Results: 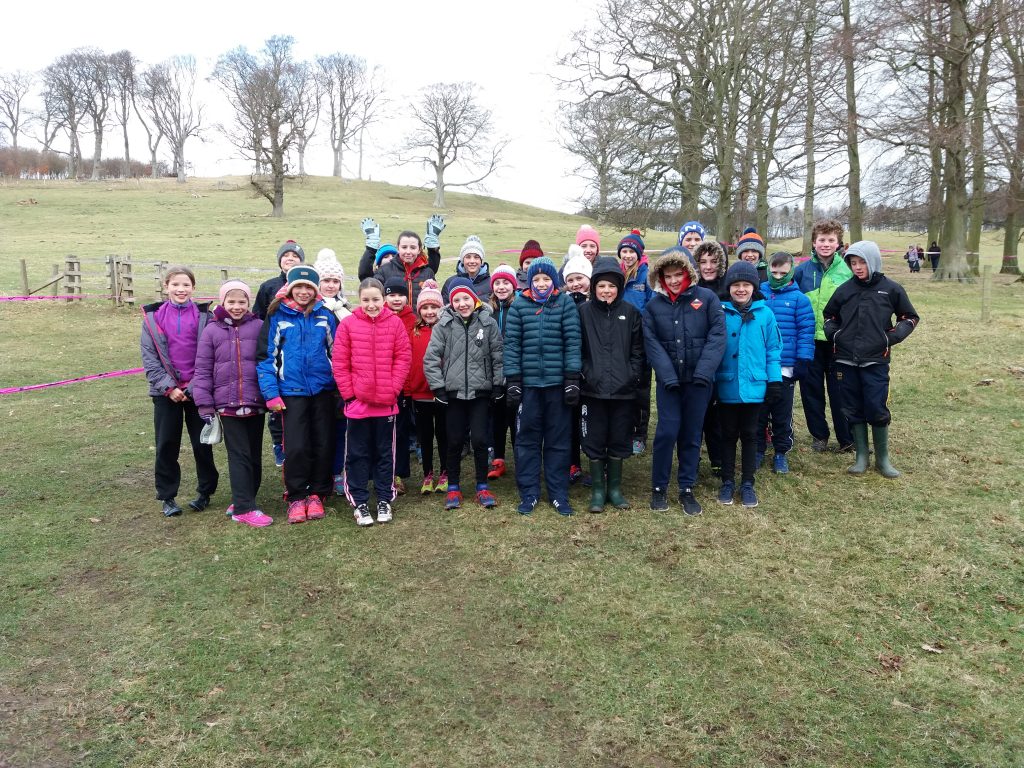 Photos are of Dan LENG, Jon ARCHER, Frances WILDE and some of the Junior Harriers!