On Wednesday 10th May Alnwick Harriers sent down 4 teams to take part in the annual Gordon Smith Memorial Relays, which was as always superbly well organised by Wallsend Harriers.

On a very fast and flat 2 mile loop David MILNE followed up his superb 2nd place in the recent Les Allcorn 10k by running comfortably the fastest time by our runners on the night, an excellent 10.22. He brought home the first of our 2 mens teams to finish after Conrad STEWART and then in-form Dominic HARRIS had set him up for a decent team performance. They finished 35th of the 153 complete teams, with the second mens team coming home in 47th just over a minute behind. Dean STACKHOUSE went first for them and was followed by Mark DOCTOR who knocked a whole second off last years time in the same race. Shaun LAND, just a few weeks out from his marathon debut at Edinburgh, ran our 2nd fastest leg on the night to bring the team home.

For the female Harriers Jo GASCOIGNE-OWENS was our fastest by some margin running a 12 minute leg to bring home our first ladies team in 88th place. Diana WEIGHTMAN and Pauline AITCHISON had both run well in the first two legs. Back in 121st place were our second ladies team with Katie BLACKBURN, Ruth DOCTOR and Alison WRIGHT all running well. Results: 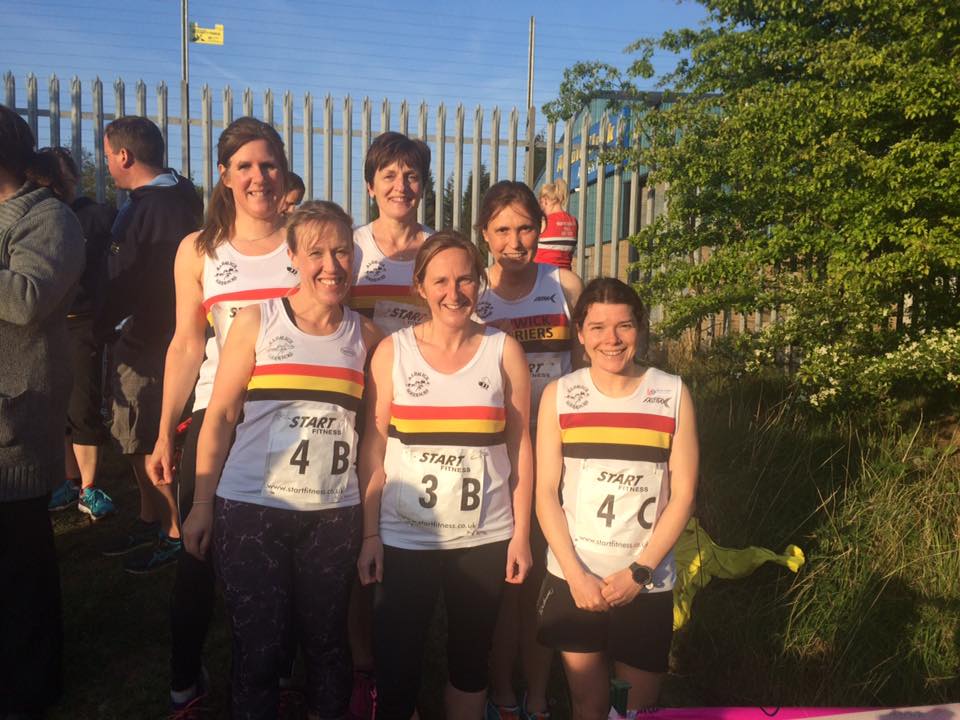 Many thanks to the Harriers for turning out, in particular Conrad, Alison and Ruth who all stepped up at short notice after colleagues pulled out.

Also that night there was age category success for Gay EASTOE at the Whitehaven Harbourside 5k where she scooped the female 60 prize thanks to her 31.22. Husband Richard crossed the line in the same time, one place back in 117th. 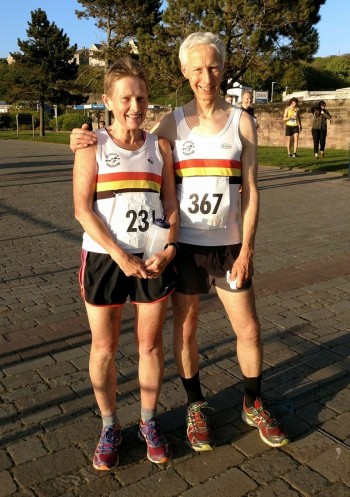