Many many thanks to all the marshals for turning out to help make the 2017 Les Allcorn 10k and Junior Fun Run on Tuesday 2nd May a great success. Particular thanks goes to the new Race Organiser Gareth BREESE who did a great job! Once again we were blessed with decent weather including hardly any wind, which helped a decent number of the field achieve pbs on what is a pretty tough 10k course. 140 Seniors and 81 Juniors took part in the events, the results of which can be found here. 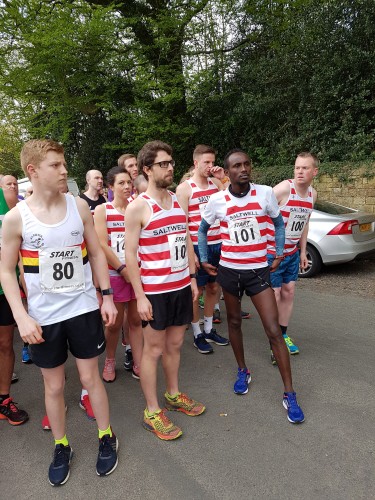 In what was a record time on the new course and possibly the quickest time in the history of the Les Allcorn 10k the winner of this years race was Saltwell Harriers Eritrean born runner Abraham TEWELDE, coming home well clear of the field in a brilliant 32.08. 2nd to finish and 1st for Alnwick Harriers was David MILNE. David has impressed hugely since joining us back in the autumn with his brilliant cross country performances, and followed this up with a 34.18 which is the fastest time by a Harrier over this distance for 2 years. 3rd to finish was Morpeth Harrier Mark SNOWBALL just a few seconds behind David. Thanks to some excellent performances by other Harriers we took home the mens team prize, with Dan LENG finishing 5th and Steve CARRAGHER 6th overall. Steve won the male 45 category, whilst Glen McWILLIAMS of Northumberland Fell Runners was 1st male 50 and John JAMES of Heaton Harriers winning the male 60 age group for the 2nd year running. Meanwhile for the ladies previous winner Jane HODGSON prevailed once again coming home in 38.02. There was a massive personal best for Alnwick Harrier Rachelle FALLOON who was 2nd female finisher in an excellent 39.25, almost 3 minutes faster that the time which was good enough to win the 2016 race! Third female was Helen KING of Morpeth Harriers, and thanks to Jane BRIGGS they won the female team prize. Category winners were unattached runner Fiona SIM in the 35 category, and Alnwicks Karen KELLY and Carole PAGE in the 45 and 55 categories. 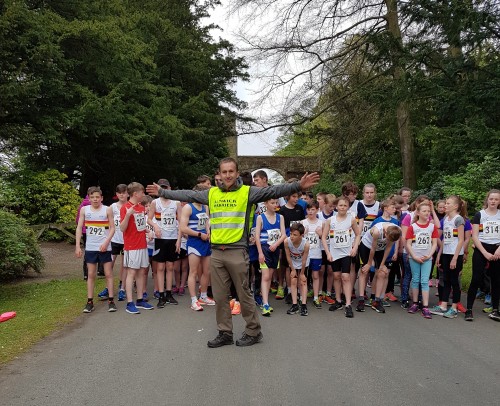 As well as our victorious mens team Ben KELLY and Allan FOGGON put in great runs to finish in the top 10, with Jordan ROGERSON in 11th. James WILLOUGHBY was rightly pleased with his first sub 40 minute 10k and Sam CHRISP made his debut for us finishing in 20th. Further back there was an eye catching performance from John CUTHBERT who must be an early contender for the Most Improved Male award in the autumn. John has been knocking huge amounts off his previous bests this year and his 42.53 was a whole 6 minutes faster than the Les Allcorn 10 last year! Amongst others to notch personal bests were Dave BARTRUM and another recent improver in Paul ROBINSON. Next female Harriers behind Rachelle were Karen KELLY in 7th and Carole PAGE in 9th, with Lisa BASTON in 13th and Alice TETLEY-PAUL in 14th. 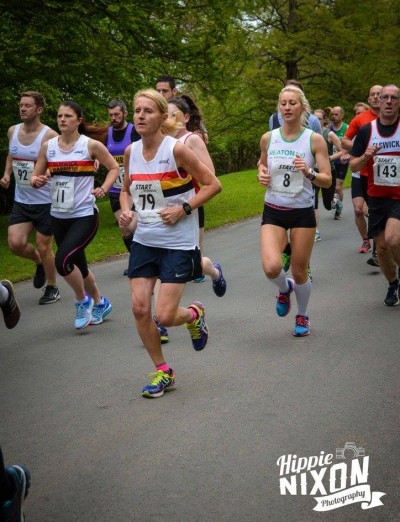 25 Harriers took part and here are their times: 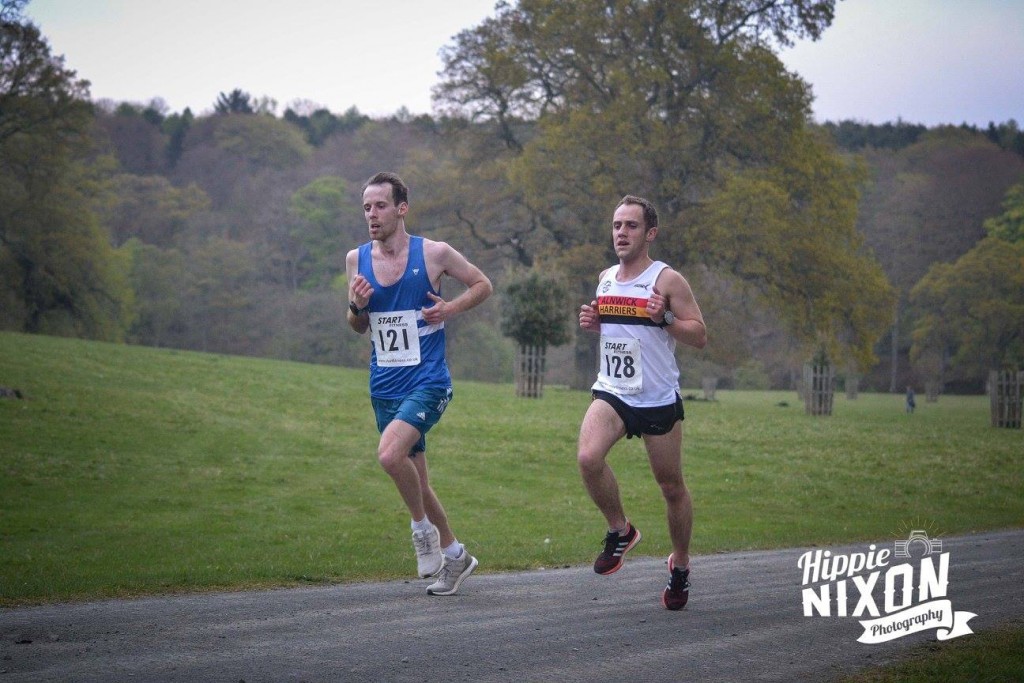 In the Junior race under 15 Morpeth Harrier Daniel DIXON was 1st across the line, winning comfortably in 10.57. This win was all the more impressive as just 24 hours before Dan had won the Ashington Tri. Alnwicks Owen WILLCOX and Daniel HARRISON-FRATER were 2nd and 3rd. Meanwhile 1st female home was Alnwicks top class Junior Lauren BROWN, winning the race for the 2nd year from the under 13 category. Club comrades Millie BREESE and Eve BUDDLE were next home. There were loads of excellent performances from Harriers with age category wins coming thanks to the likes of Max MURRAY JOHN, Evie GODDEN and Ruaridh BATLEY. 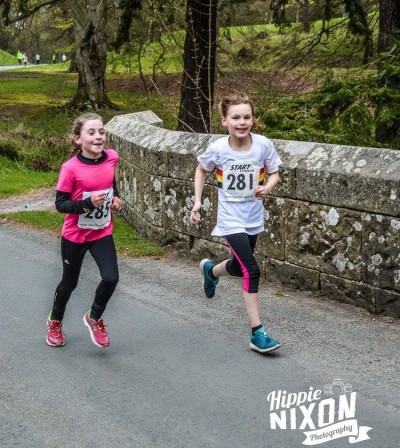 Many thanks to Lee Hippie NIXON for the excellent photos!