The highlight of the running calendar for many a Harrier kicked off on Saturday 1st October when the first of the 2016/17 North East Harrier League cross country fixtures took place at Wrekenton. For the Senior teams the men started life back in Division 2 after their promotion last season, whilst the women continued in Division 1 after their great showing last year. Under the leadership of Jo GASCOIGNE-OWENS and Dominic HARRIS a decent number of Harriers had signed up prior to this season curtain opener, and on the day a good number of Harriers, particularly the men, rocked up at mud free Wrekenton! For the Seniors the standout individual performance was by new Harrier Rachelle FALLOON who had travelled all the way up from Cambridge to wear the coveted Alnwick vest for the first time. Running from the Slow Pack she finished 9th overall and now takes her place in the Medium Pack for the remainder of the season. For the Senior Men there was a brilliant turnout and a great team effort. There were also some brilliant performances from our Juniors who turned up in good numbers as well. In particular Lauren BROWN stood out once again, winning the Girls Under 13s race in her first appearance in that age group. Lauren dominated the Girls Under 11s fixtures last season, so to step up an age group and win by 20 seconds in her first race is a great achievement. 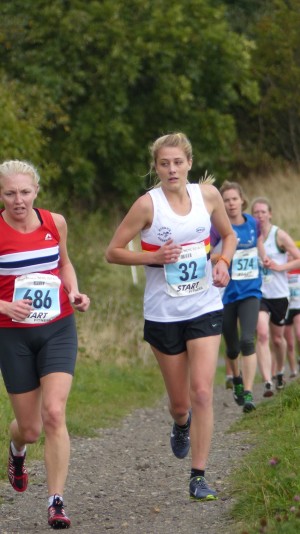 The team performance of the day was undoubtedly from our Senior Men. 20 men turned out for this fixture and raced brilliantly, meaning we finished 3rd of the 11 Division 2 teams overall on the day! What was more pleasing was that none of our contingent were promoted meaning all start in the same packs at next weeks 2nd fixture at Druridge Bay! First Harrier home was Adam FLETCHER, though after a mix-up with which pack he was running from sadly he was disqualified. Therefore first counter was Medium Pack runner Graham SIMPSON. After spending last year in the Fast Pack Graham was pleased to be back down a pack and finished 65th overall, just outside the promotion positions. He was followed soon afterwards by Phil HEMSLEY in 78th. Two Harrier League debutants were seconds behind Phil and showed excellent promise, in the shape of Shaun LAND and Jordan ROGERSON. Team captain Dominic HARRIS was our 5th counter, whilst Ian SIMON was 6th from the Medium Pack. Slightly further down there were also good runs by other Harriers including Geoff CAMPBELL, Fast Pack runner Steve CARRAGHER, Jon DUFFY and Paul GODDEN to name but a few.

For the Senior Women sadly there were a number of last minute pull-outs and availability issues. Despite Rachelles fine performance we finished a disappointing 9th of the 10 teams in the top flight. Ella BROWN ran well from the Fast Pack to finish 21st overall. Early days yet but Ella is currently top of the Harrier League Veteran Women standings! Karen KELLY was 3rd counter from the Medium Pack and Tracey SAMPLE was 4th. Tracey has been struggling with injury of late so to finish as high up as she did was a great performance. Jocelyn BOLAM and Emma MURRAY were our other finishers. No doubt with the Blyth RC organised Druridge Bay event practically being a home fixture next week we’ll shoot up the table! Full Senior Womens results are here http://www.harrierleague.com/results/2016-17/wrekenton/SenF.htm.

The Alnwick Harrier Juniors made an excellent overall start to the cross country season. The Under 13 girls were the most successful team of the day;  Maddy HALL, Ellie HENDERSON and Lauren BROWN ran brilliantly to finish third overall. Lauren in her first competition as an U13 ran a confident race and pushed hard from the start winning the 3k race from the Slow Pack in an excellent time of 12.05. Ellie had an equally impressive run improving hugely since last year, running a good time of 12.48. Maddy was the teams third counter and finised with a great smile in 14.37.

The U13 boys were out in force and led home by Joseph GODDEN who finished 14th in a good time of 12.33. Next was Ryan HARRISON-FRATER followed closely by third counter Gus OWEN. James CARRAGHER, Joe HEMSLEY, Thomas DAVISON and Luke STUDLEY backed up first three runners to secure a solid 9th placed position. The boys showed excellent promise for the remainder of the season.

Ollie TELFER and Alex THREFALL had a close race in the U15 category, but in the end Ollie finished 24th in 12.09, just 8 seconds and 4 places ahead of Alex. Fastest on the day was Harry BROWN running from the Fast Pack, finishing 52nd but managing to break the 12 minute barrier to finish in 11.42. Collectively the boys managed a good 7th overall place which will surely be improved on as the season progresses.

Callie HENDERSON was once again the clubs lone Under 15 girl but had a good race from the Fast Pack finishing 17th in 11.40. Callie was 5th fastest overall and the fastest Alnwick athlete of the day over the 3km course!

In the Under 17 mens race Ben KELLY, running from the Fast Pack, was 6th fastest overall finishing in 19th position with a good time of 21.27. Daniel HARRISON-FRATER finished his first race as an Under 17 in 34th position 26.21. Finally in the Under 11s race Evie GODDEN managed an excellent 23rd place in a strong field of nearly 70 girls. 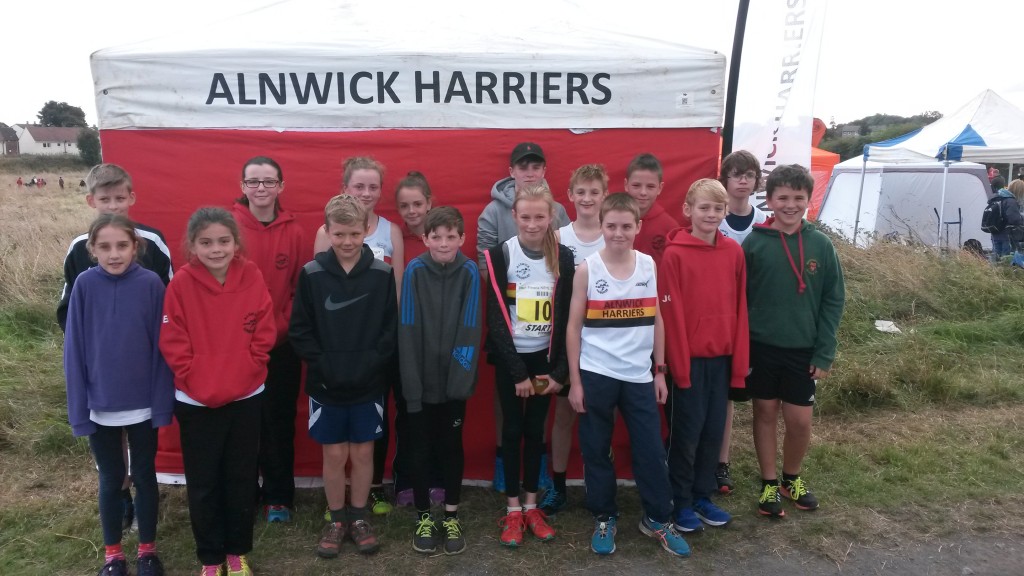 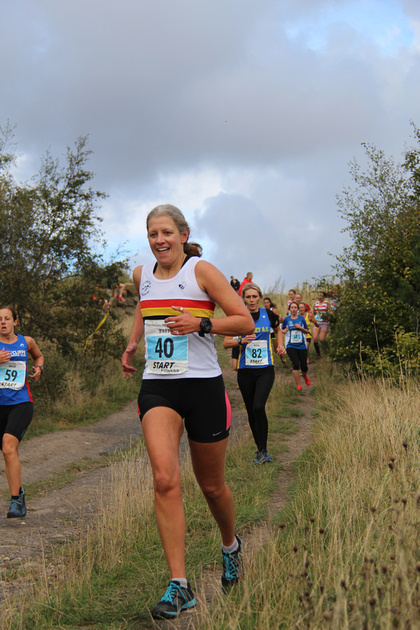 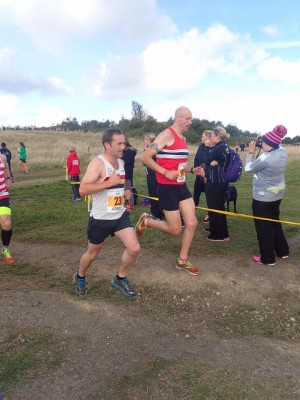 More details regarding next Sundays 2nd race at Druridge Bay will be on the website soon. Photos are of Rachelle FALLOON, Ian SIMON, the Junior Harriers, Tracey SAMPLE and Geoff CAMPBELL.