On Saturday 1st October David HINDMARSH was in action in deepest Utah, taking part in the St George Marathon. The race is rated by Runners World Magazine as one of the four “Marathons to Build a Vacation (holiday) Around” in the world. Its also included in Runners World 10 Most Scenic and Fastest Marathons and Top 20 Marathons in the USA. So sounds like a good one then. David performed superbly to cross the line in 3.15.39 which is also good enough for a Good For Age entry into next years London Marathon! 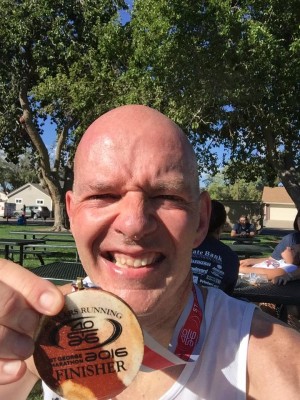 Also that day Pauline AITCHISON was taking part in her first race in a Harriers vest for ages when she tackled the Endurancelife North Yorks Moors Coastal Trail Half Marathon. Pauline completed this tough one, which actually measured nearer 15 miles, in 2.33.53 to finish 42nd of over 125 runners, 13th female and 2nd in her age group! Meanwhile new member Hylton TROTTER took part in the Kielder 10k where he finished 534th in 1.03.58.

As always that morning there were a decent number of Harriers competing in various 5k parkruns up and down the country. Closest to home another new Harrier, Phil HALL, finished 3rd at Druridge Bay where he clocked 19.12. Also well done to Mel STEER who was 2nd female finisher! Elsewhere Zoe ROBSON was in action at the Nonsuch Parkrun in Surrey, Gay and Richard EASTOE were at Lancaster, Lorna STEPHENSON was at South Shields and Kirsty STEED took part at Durham. 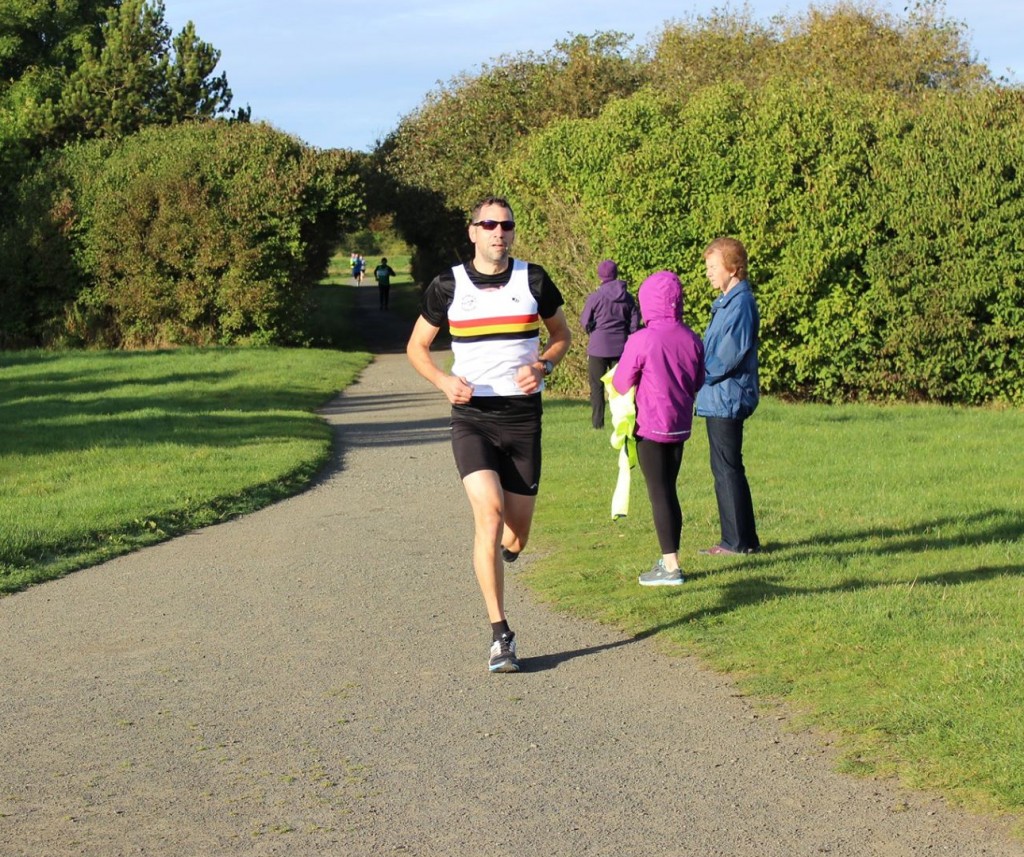 The following day 3 Harriers were back up at Kielder taking part in the half and full marathons. In the half John ROBSON finished the 13.1 mile undulating route in 1.55.34, whilst in the marathon Andy STEPHENSON finished in 4.34.25 and Ian McALLISTER in 5.12.30. 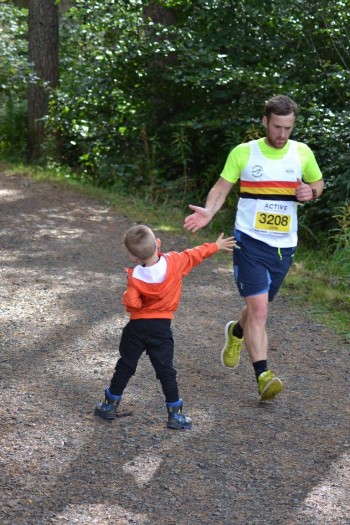 North of the border there was a great return to form for Jim LILLICO in the Great Scottish Run in Glasgow, one of Jims favourite races. Jim finished the 13.1 miles in a great 1.34.55.

Finally Kim BRONZE was back in the motherland taking part in the Lisbon Rock n Roll Half Marathon with son Jorge. Whilst daughter Lucy was scoring the injury time winner for Man City in a cup final Kim was clocking 2.05.35 in warm conditions back in his homeland!

Photos are of David HINDMARSH with his St George Marathon medal, Phil HALL at Druridge Bay and John ROBSON with a fan at Kielder!